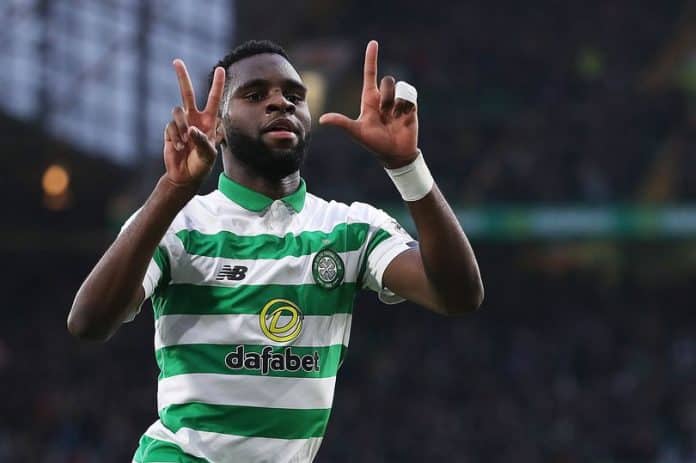 Leicester City are closing in on the signing of Odsonne Edouard from Scottish Premiership Club Celtic for a reported fee worth £15 million. The 23-year-old is considered to be the heir apparent to current Leicester star striker Jamie Vardy, who is currently 34 years old.

Despite being on the wrong side of 30, Vardy is not showing any signs of slowing down, but will eventually need replacement. Edouard will have 1 year left on his current contract at the end of the season, and this will be the opportune time for Celtic to cash in on the player if they cannot extend his contract at the club.

Arsenal and Roma are also reportedly in the race for the player, but Leicester is the most heavily rumoured destination for the player. The Frenchman has had a good 20/21 season, with 16 goals scored and 4 assists in 24 games.

Edouard came through the ranks at the Paris Saint-Germain academy before being sent out on loan to French club Toulouse and subsequently, Celtic whe6re the initial loan deal was made permanent in 2018. He has since gone on to score 83 times in four years with the club.

The striker was the 19/20 player of the season for Celtic. Moreover, he finished as the top scorer in the Scottish Premiership last season. He hence will be a great replacement for Vardy who was himself the Golden Boot winner in the Premier League last season.