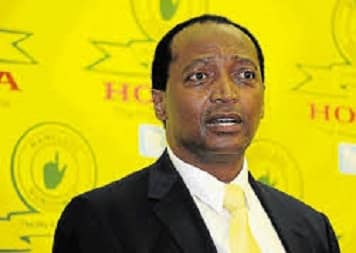 JOHANNESBURG, South Africa, February 25, 2021/ — WITH the number of Africa’s participants to increase in the upcoming Federation of International Football Association (FIFA), the period between now and 2025 will be a pivotal one for football in the continent.

This adds to the significance of what is set to be the most fiercely contested elections for the presidency of the Confederation of African Football (CAF).

The watershed elections are set for Rabat, Morocco on March 12.

In a podcast at the Council of Southern African Football Associations (COSAFA), visiting FIFA President, Gianni Infantino underlined the magnitude of the upcoming elections.

“It is clear that elections are always an important milestone for an organisation like CAF,” Infantino said.

He said this highlighted why the upcoming years would be essential for the ‘Beautiful Game’ in the continent.

“Before this (increase in participants), a lot of organisation needs to take place,” Infantino said.

“This means that the period from 2021 to 2025 will be a crucial one for African football, because you want to go to these events and play a protagonist’s role, not just go, play and come back after two or three games.”

Infantino, who has embarked on a tour of the continent, said to compete at the highest level, the organisation must be done in a certain way.

He appealed for unity.

“Reforms need to be implemented, everyone is aware of that, and the unity in the continent needs to be found, backing these projects that go from good governance to infrastructure development, to new competitions, and academy development for young players,” the FIFA president said.

CAF, with 54 member associations, is FIFA’s biggest confederation in terms of country members.

Presidential elections will be held to choose the successor to Madagascan, Ahmad Ahmad.

The winning candidate will automatically become a FIFA Vice President.

COSAFA Chairman, Philip Chiyangwa agreed with Infantino that African football was at a crucial stage.

“What is required is strong and decisive leadership. That is how we will grow the game and provide the future we all want to see for African football,” Chiyangwa said.