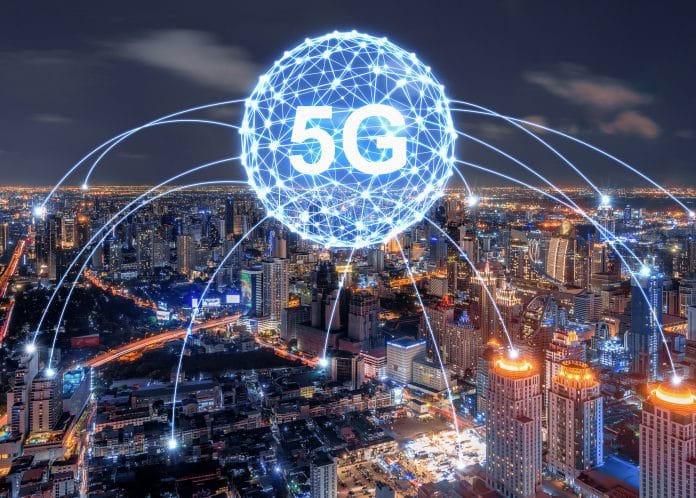 At CES 2019 as well as CES 2021, Verizon CEO Hans Vestberg delivered his keynote speech related to 5G technology, a topic he speaks about quite enthusiastically. He covered the eight “currencies” of 5G and highlighted how 5G will transform the drone industry. Verizon along with AT&T and T-Mobile have been talking up their 5G networks for years. Now, it’s time for the hype to prove its worth, with major flagship phones and a lot more budget devices supporting the technology, 2021 will show a critical mass of phone buyers what all this talk is about.

Here’s the bad news: they’re going to be disappointed if they’ve been swayed away by the hype. A fourth industrial revolution with advanced things like remote surgery and driverless cars has been promised. Instead, in our hands now is a widespread 5G that’s more or less the same speed as (or even slower than) 4G and in some parts of some major cities, super-fast mmWave 5G with minimal range. So is the 5G future that we’ve been promised real? The truth is that it’s coming along, but it will materialize more slowly and in less obvious ways than what the hype has made us believe.

The complicated 5G situation in the US right now relates to low-, mid-, and high-band frequencies that carriers can use. Low-band is slower in speed but offers widespread coverage. High-band, often called mmWave, is extremely fast but has a very limited range. Mid-band, as you must’ve guessed, sits in a sweet spot between the two, with good range and better-than-LTE speeds.

A bunch of mid-band spectrum would be your ideal go-to if you were building a 5G network from scratch, right? The trouble is, the spectrum is a limited resource. Sascha Segan, a lead mobile analyst at PCMag and a wealth of 5G knowledge, talks about the spectrum problem.

“Our government did not make the right channels available to the carriers,” he says. “Verizon and AT&T have basically just been using leftover odds and ends of their 4G spectrum… putting the 5G encoding on these leftover bits and bobs so they can pop a 5G icon on the screen. And the performance is meaningless.”

Dynamic Spectrum Sharing (DSS) is the technology Verizon and AT&T are using to get nationwide 5G coverage, it allows 4G and 5G to coexist on the same spectrum. That helps carriers switch from 4G to 5G, but it comes at a cost. Michael Thelander, president and founder of wireless industry research firm Signals Research Group, sums it up this way: “It’s kind of like having that super fast sports car and you’re stuck on the Santa Monica freeway. You can’t experience the full capabilities.”

T-Mobile, on the other hand, thanks to its acquisition of Sprint and its mid-band spectrum, doesn’t need to rely on spectrum sharing as much as the other two. Thus far, that has given it an edge in its 5G offerings.

By early 2022, though, we are predicting that it is likely Verizon and AT&T will start catching up. A swath of mid-band spectrum known as C-band went up for auction in late 2020, we haven’t been informed about which companies won which blocks of spectrum, but we are certain that those two carriers, in particular, spent big; bidding topped out at over $80 billion.

More and more mobile devices are ready for the 5G tech. In fact, by the end of the year, a non-5G phone would be harder to find than one that supports it. Apple and Samsung’s flagship phones support 5G across their lineups and it is now also available in more midrange and budget devices, thanks to the Qualcomm Snapdragon 480, a new 5G-ready low-end processor.

More people than ever will buy a 5G phone this year as whichever phone they buy might have support for it. The good news is that there really isn’t a downside to buying a 5G phone as the “5G tax” that, over the past couple of years, increased the price of 5G phones seems to be disappearing, and we haven’t noticed any other drawbacks like excessive battery drain in our testing.

So what’s the reaction like so far from, say, someone who bought an iPhone 12 — not for 5G, but because it’s the new iPhone? “They’re frustrated and angry,” says Segan. “With both Verizon and AT&T, because of what I’ll call technical difficulties, their nationwide 5G is often slower than their 4G. So people are getting these iPhones and they’re finding that frequently they have worse performance than they had before 5G.” The “technical difficulties” he refers to include DSS in Verizon’s case and for AT&T, the limitations of the narrow 5MHz band that it often uses for its 5G.

The difference-makers in the coming years? First, around the end of the year, that C-band spectrum will start coming online. And when that happens, if you’re one of the frustrated owners of an iPhone 12 or Galaxy S21, there’s good news: you should see speed improvements as your phone is already approved to use C-band.

However, not all 5G phones support C-band, and those that don’t will need a software update to use it, and there’s no guarantee that your phone’s manufacturer will offer one. Even if the inexpensive 5G models have the hardware to support it, they may not see a C-band update. Phone makers need to apply for Federal Communications Commission (FCC) approval to enable it and that would increase costs.

The other factor is large gatherings, and it will likely happen sooner than C-band becoming available. That’s when Segan thinks Verizon’s Ultra Wideband could really shine. “When we’re all vaccinated, I think people are going to be desperate… for all of these dense, crowded, communal experiences that we will have been missing for a year and a half. And so Verizon should be working on applications and experiences right now like the thing they did at the Super Bowl, or what they’ve talked about doing at Disney World, that you can only do on Ultra-Wideband.”

Again, that will depend on your 5G phone supporting mmWave. The aforementioned iPhone and Samsung flagships do, and other Verizon models that support are denoted as “UW.”

WHERE ARE OUR JETPACKS?

And what about the stuff of CES keynotes like remote surgery and self-driving cars? That will take even longer. Thelander explains: “The first focus of 5G was really a feature called ‘enhanced mobile broadband’ and that’s just getting fast data speeds to the consumer on their smartphone. Things like factory automation and the functionality behind that, that was really developed afterwards, so it lags, from a standardization perspective.”

Getting the tech part of it sorted out is only half of the equation. “Once you’ve got a certain feature or functionality defined in a standard, now a vendor has to go out and build that functionality, then you have to test it, and then you have to have the industry adopt it,” Thelander says. “The technology may be there, the standard may be there, it may work fine, but it has to be implemented and rolled out. And you have to have the business case for it. How do you make money off of it? All those types of things… it just takes time.”

Despite networks constantly waving their “5G Mission Accomplished” banners in TV commercials over the past year, 5G is very much still a WIP. It’s going to get better, but the timeline depends on a lot of factors: which phone you have and what bands it supports, which network you’re on, where you are, and what you’re doing. It seems clear now that there never really was a “Race to 5G” — just slow, confusing, and uneven technological progress towards the ultimate goal as usual. That’s a little harsh reality to include in a keynote or a commercial.