WandaVision latest episode: Everything we know so far 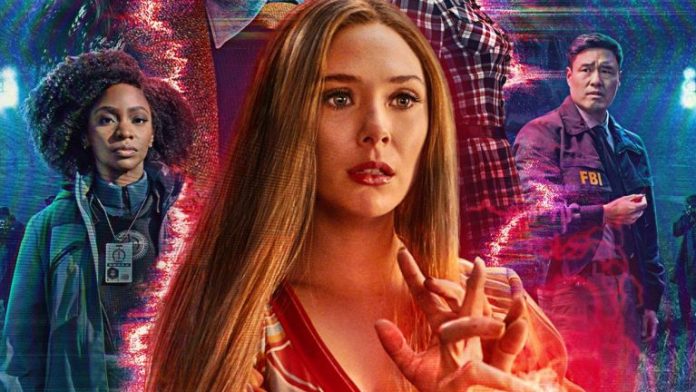 The fans of WandaVision have always been ready to know all the information about what is going to happen in the upcoming episode. For all the fans there is some great secret information about the script of the next episodes. As Wanda Vision has got massive acclaim from critics and viewers.

In the last episode 5, Marvel has introduced a very twist that no one had expected. We have seen that Evan Peters’s Quicksilver has joined the MCU at the ending of episode 5 and also the fans have been looking for any kind of details about what will going to happen in the upcoming episodes.

As the final script for episode 6 has been leaked online. If anyone wants to find it, it is very easy just as going to Google and searching for the script leak episode 6 of WandaVision. It is, of course, illegal that looking for the script and also downloading it in terms of copyright violations and Disney has also kept some strict rules when it comes to leaking about the piracy-related stuff. But this can’t stop people from downloading it and circulating it across social media. Several scenes have also leaked online and also on YouTube.

All the details of the WandaVision have been given from the official trailers for the latest episode and also some rumors and videos that have spread on social media and Marvel forums. We will also find some leak videos that have been uploaded on YouTube and also other forums as well. We all should take this as information and support the creators by watching WandaVision.

From some recent interviews, WandaVision developer Jac Schaeffer has revealed how the death of Maria Rambeau has become very tough to come up with. She also has said that this is a Big Decision. After a lot of conversations it has depicts that Maria and Lashana were very important in Captain Marvel and also a tremendous character.

The decisions are not taken lightly but it has been taken that will really be worked for her daughter, the character of Monica Rambeau. Maria Rambeau has been introduced in Marvel as Carol Danvers who is the oldest friend and a fellow air force pilot.

From the videos and information, we also have known that Vision manages to break out of Westview temporarily and asks about SWORD to help all the people inside, then pulled it back. It has also been informed that this episode will feature Halloween and all the characters dressed up in their superhero costumes.

We will also be going to see that the son of Wanda Billy rushes to her and say that Vision getting in trouble. After hearing the word of Pietro that it is not like her dead husband can die twice. Wanda becomes angry and also throws him with all her powers.

All the Upcoming Shows on Disney Plus in May 2021

‘Upcoming Marvel Web Series’: All the Details about Phase 4 and beyond

‘Upcoming Marvel Movies’: All the Exciting Updates about Phase four and far away