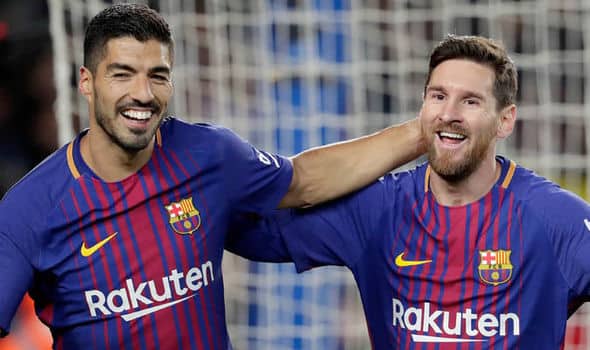 Luis Suarez left FC Barcelona after 6 seasons and joined Atletico Madrid last summer for €6 million. Suarez was struggling at FC Barcelona in the last few seasons. Last season he scored 21 goals in 36 appearances for FC Barcelona but much more is expected at Camp Nou from a player of Suarez’s calibre.

Barcelona boss Ronald Koeman put the Uruguayan striker out of his plans. Suarez joined Atletico Madrid, and now he is probably in the best form of his life under Diego Simeone.

Atletico Madrid will play against Chelsea in the 1st leg of Round of 16 Champions League tonight. Ahead of the match, Luis Suarez spoke in an interview with France Football.

“Of course I miss him. Aside from the player that we all know, he is Leo, my friend who I am missing. Our day to day, our talks, not only about football but also about things in life. Our children would play together and got on really well, they also miss each other. We all knew that this change was going to come, and, owing to our ages, we had to prepare for it.”

Suarez was further asked whether he thinks that Barcelona or Lionel Messi misses him more.

“That is a question for Leo in reality. In any case, I am not being missed by the manager (Ronald Koeman) because he said that he was happy with my decision to leave. Maybe Leo is missing his friend on a daily basis.”