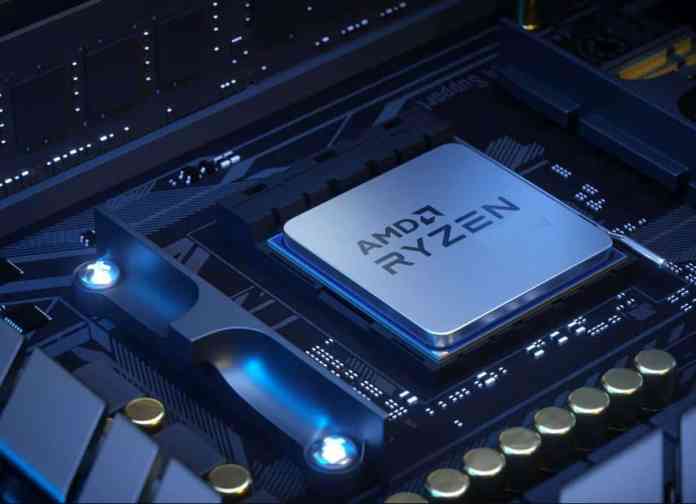 It’s been a week of leaks and appearances, and we are all excited about the soon-to-be-released CPUs from Intel and AMD. According to fresh sources, the upcoming AMD Ryzen 7 5700G 8 Core Cezanne ‘Zen 3’ Desktop APU has leaked out over Chiphell Forums. The forum posted that the chip is still an engineering sample but can boot up DDR4 memory at some pretty high frequencies.

The AMD Ryzen 7 5700G APU features 8 cores and 16 threads based on the 7nm Zen 3 core architecture. The APU comes with a monolithic package compared to AMD’s chiplet design on its Ryzen 5000 lineup.

The site also mentions that the chip includes 16 MB L3 & 4 MB L3 cache, a maximum clock speed of 4.6 GHz, and a 65W TDP. In terms of graphics, the CPU will have Radeon Vega graphics in an 8 compute unit configuration.

Speaking of benchmarks, the Ryzen 7 5700G ‘Zen 3’ Cezanne Desktop APU was tested on a platform featuring an MSI MEG B550 Unify-X motherboard, known for its impressive memory overclocking abilities. A total of 16 GB of memory was used in a dual-channel configuration.

According to sources, the CPU managed to attain an Infinity clock speed of 2367 MHz. The first test was done with a DDR4-4733 (CL14-14-14-28) memory configuration, and the AIDA64 cache and memory benchmark reported latency as low as 44.4 ns.

When we compare the numbers with other competitors present in the market, the APU doesn’t fail to impress. We can proudly say that the upcoming AMD Ryzen 7 5700G Cezanne Desktop APU is a definite improvement over the Renoir APUs. Hopefully, the performance will still improve with the real-world release.