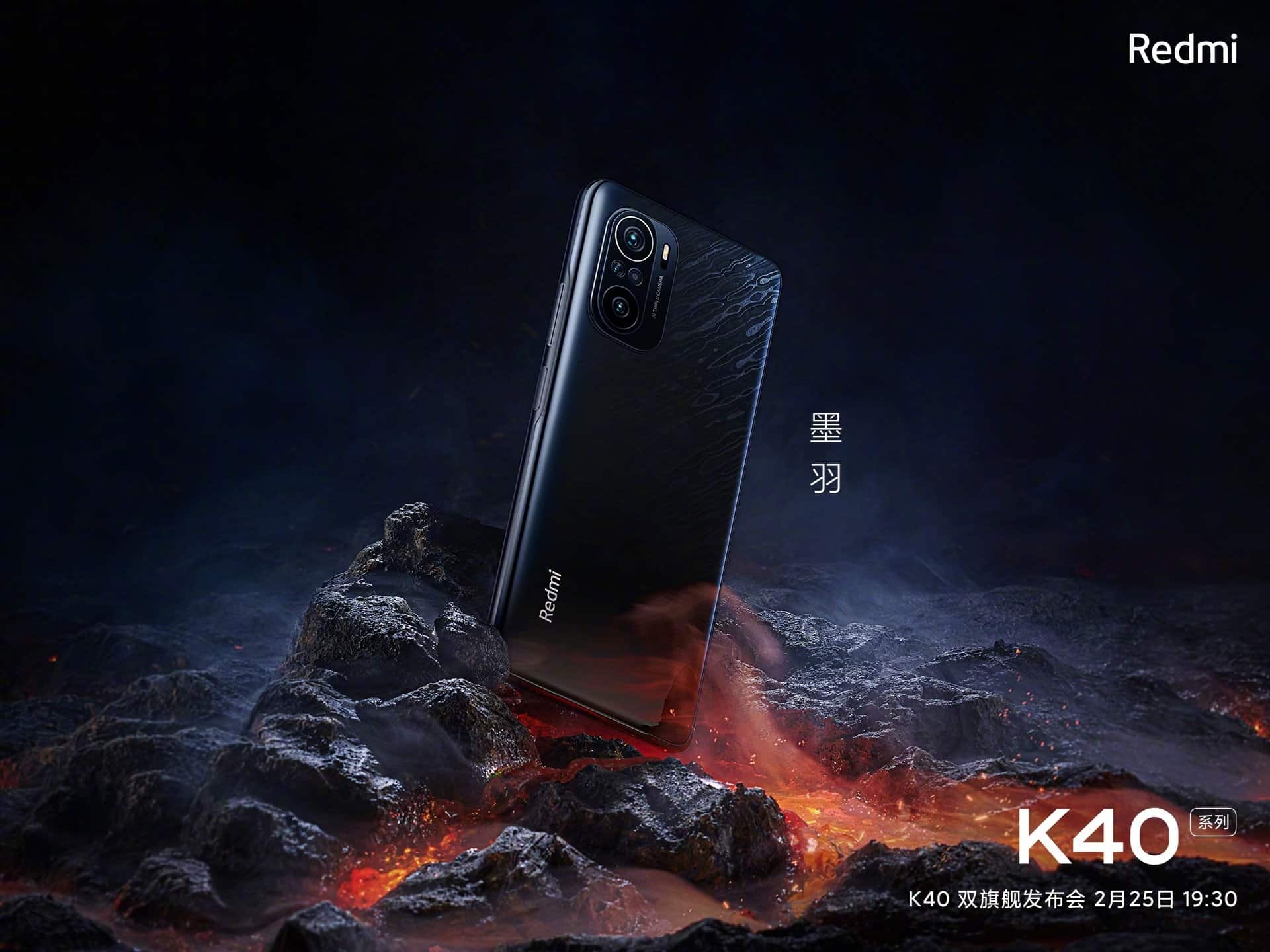 The Redmi K40 series is on its edge of getting launched. In the meantime, we’ve got some official renders of the Redmi K40, showing its rear panel. On first look, the backside of the Redmi K40 looks to get inspired by the Damascus knife pattern. The color variant looks a bit black-grey mixing. On the down-side, the official branding of “Redmi” is there.

Now, coming to the camera section. It is a vertically placed rectangular rear camera setup with three camera sensors (triple-cam) along with an LED flash. The topmost and the bottom sensors look bigger comparing to the middle ones which are quite smaller. That’s all we’ve got from the rear panel image of the Redmi K40.

This new series might flaunt a 6.67-inch display and will measure 163.7×76.4×7.8 mm. The smartphones will be backed by a modest 4,420mah battery cell paired with 33W fast charging. The two handsets are expected to arrive with two different chipsets.

One will be run by Qualcomm’s latest mobile processor, Snapdragon 888 SoC and the other will be powered by a Snapdragon 870 chipset. Other features of this device might include UFS 3.1, LPDDR5 RAM, and more. In a recent tweet, we also found that the Redmi K40 smartphones might come with an E4 AMOLED display and a triple rear camera system.

Other details of this series are not yet out but after just one week, we will have every minute details of it. The smartphones are expected to offer you a magnificent 120Hz E4 OLED display. They are expected to run on MIUI 12.5 based on Android 11. The Redmi K40 Pro can cost you around 2,999 yuan ($462). The lower model of this series can have a similar starting price. The series is going to launch in China first. A date for the global launch is still awaited.

Amazon Fab Phone Fest: Exciting Offers on Smartphones up to 40%...