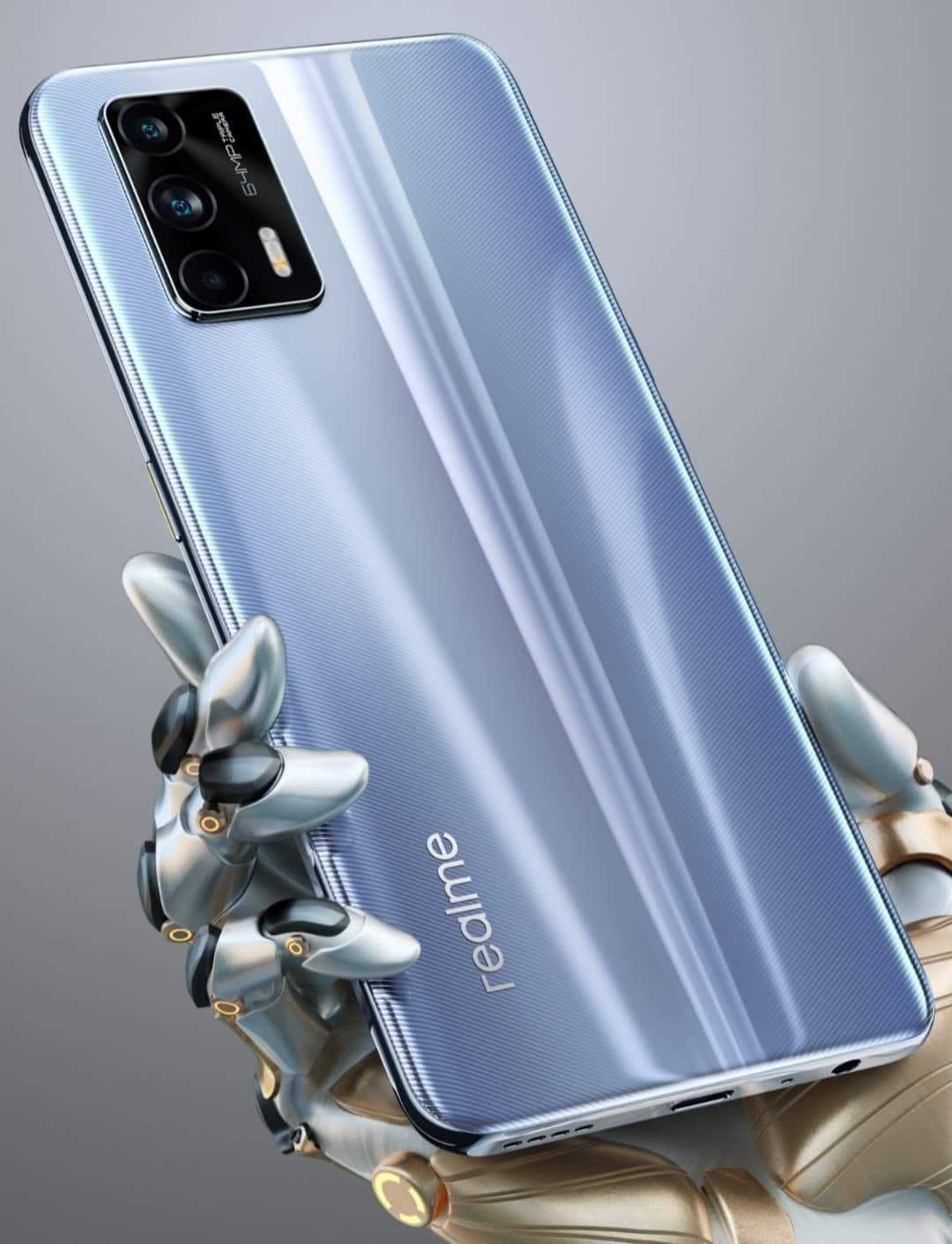 Realme has already announced the launch date of its upcoming flagship smartphone Realme GT, 4th March 2021. Recently, we’ve got the official renders of the phone showing its glass back rear panel and it is blessed with a 3.5mm headphone jack that is very rear in today’s flagship smartphones.

On the rear side of Realme GT, we can see a vertically placed rectangular triple rear camera setup supported by an LED in which the primary sensor will be 64MP. Other sensor specifications have not been confirmed yet by the company. Coming to the downside, we can notice the traditional “realme” branding over there. The color variant is hard to tell, but it looks like a silver bluish variant.

Apart from it, we’ve recently got the AnTuTu score of this phone which is quite gigantic, it has managed to bag 770,221 points. Compared to the other flagships right now in the market, the Realme GT definitely looks like to tear them apart with its massive AnTuTu score. CMO Xu Qi shared one more screenshot of Realme GT which showed that the smartphone has derived a benchmark score of 767,137. To silence all the doubts, he even claimed that this test was undertaken when the smartphone was at room temperature.

Apart from the AnTuTu score, the Realme GT will run on the Android 11 OS and will be powered by the latest Qualcomm Snapdragon 888 octa-core chipset. The display of this phone will be supported by a faster refresh rate of 120Hz. The SoC of this phone will be paired with 12 GB of LPDDR5 RAM and 256 GB of UFS 3.1 storage. No confirmation whether any other RAM/storage combination will be there. In terms of charging, the battery of the Realme GT will get a support of 125W of fast charging.

Anurag Dutta - February 24, 2021 0
Realme has finally launched its popular mid-range Narzo series in India, this time it is Narzo 30. There are two models in this Narzo...

Realme Narzo 30 series pricing leaked and Narzo 30A spotted on...

Realme GT 5G will launch with a stunning 160 Hz refresh...