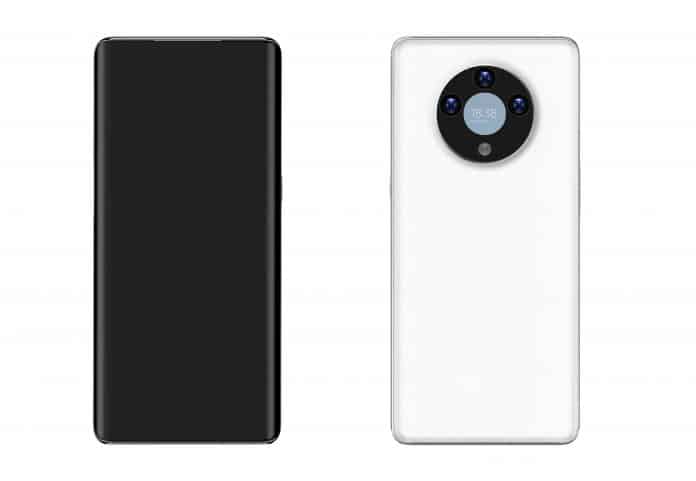 Oppo has been patenting a lot of smartphones with stunning designs and new features. We have seen yet another patent from the Chinese company filed at CNIPA(China National Intellectual Property Administration). On the patent, we can see that it was filed by OPPO Guangdong Mobile Communications Co. The published date of this patent is February 19.

If you look at the smartphone from the front, you will find it just like other smartphones in the market. But, the most intriguing part of this patent can be seen on the rear side. The backside of the smartphone features a circular camera module with multiple camera sensors and a small hole which would be an LED flash.

But, there is another circular layout inside that camera module which looks like an innovative small Secondary display. In photos, it is displayed as a colored render with use-case scenarios. The user of this small display can be questioned but it might prove to be very helpful to the users as well.

It can be used to run a quick check of time or date. But there is another possibility. Even though the screen seems to be small in size, but you will be able to see notifications or keep tabs on your Fitness Data. One noticeable part of the front display of the screen is that there is no camera for selfies.

The absence of a front-facing camera leads to doing two possibilities. Firstly, there might be an under-display front lens. Secondly, the secondary screen featured at the back might be deployed so that users can take selfies from the powerful rear camera. Both of these options are just a possibility and no certainty.

Apart from this unusual secondary display, the rest of the design of the patented smartphone seems to be very common to other devices. There is a curved display at the front and has other features like USB-C, SIM card slot, Speaker, a primary mic at the bottom, and a secondary mic up top.

Previous articleRedmi Note 10 Pro Max is real, tipped to have two storage and three colour options
Next articleTaiwan sees a rise in its economy due to semiconductor demand