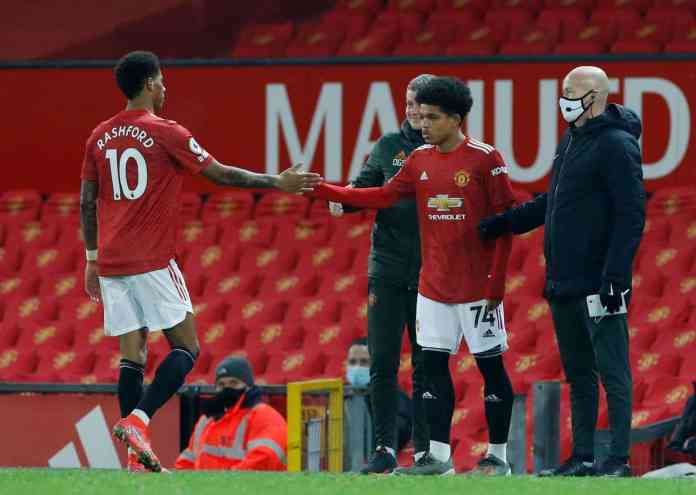 Manchester United academy always produced some of the stars of world football. From Paul Scholes, David Beckham to Marcus Rashford, Paul Pogba, the list is very long in recent times.

Shola Shoretire is the newest addition to the list. The 17-year-old made his debut against Newcastle United last night. He replaced Marcus Rashford in the last few minutes of the game.

After the game, Marcus Rashford congratulated him for his debut and told, “It’s in our DNA, it’s what we do at Man United. It’s important our kids know when they’re good enough, [they know] they’re old enough. Shola has been training with us now for a little while, and has done really well, [this] was the next step up.”

“He’s got a lot of quality. The more often he trains with us and plays with us he’s going to feel relaxes and can show his quality on the pitch.”- Rashford added.

Marcus Rashford was also a part of Manchester United academy. Now he is a regular member of the first team. About the academy, he said, “In the academy, they always emphasize following in footsteps. It’s something I always took great acknowledgment of when I was a youngster wanting to get in the first team.”

“It’s a cycle, and hopefully, the younger ones now will see him playing and they will kick on.”

Shoretire is a very versatile forward. He preferred to play on the wing. But he has shown his ability to play in every other position in the forward line. His strength is his passing, along with the skills he possesses on the ball. Since his joining at Manchester United academy, he used to play with the age-group higher than his age. Recently he scored a hat-trick against Blackburn Rovers in the U-23 tie. After that excellent performance, Manchester United boss Ole Gunnar Solskjaer allowed him to practice with the first team.