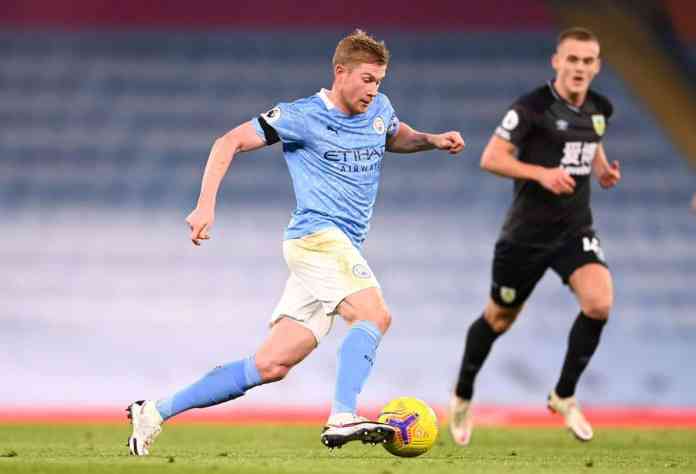 Kevin De Bruyne has managed to establish himself as the most important player in the Manchester City squad, finishing the 19/20 season as the PFA Player of the Year and continuing the outstanding performances this season, too.

Moreover, the player has now taken up the armband and dictates things even more vocally from the heart of the park. De Bruyne has ten assists in the Premier League this season and has also scored 3 goals to go along with them. The total number of assists goes to 15 when we include all competitions, namely, the Champions League and the two cup competitions.

Owing to his outstanding displays on the pitch, the 29-year-old is now the most valuable central midfielder in the world, and Manchester City intend on keeping him at the club for as long as possible. Contract talks have been going on with the player for a while now and the final details are expected to be sorted out within the next few weeks.

The Belgian recently spent a few weeks out injured and has now returned to action for the team. In his absence, Ilkay Gundogan really stepped up and dominated games making dashing runs forward into the opposition’s box.

But now that De Bruyne has found match fitness, City have made it clear that they will not listen to any bids for the Belgian. More importantly, De Bruyne himself is happy at the club and is willing to stay and commit to a future at the Etihad.