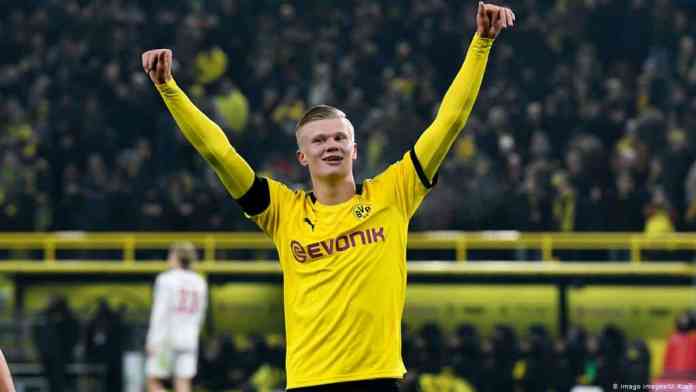 Erling Haaland is one of the hottest prospects in Europe. The Borussia Dortmund youngster is on the radar of some of the European elites in the transfer window.

The Norweigan joined Borussia Dortmund in the January transfer window in 2020 after a blistering UCL campaign with Red Bull Salzburg. The 20-year-old striker has continued his form at Bundesliga as well. In his 43 appearances for the German giant, he has scored 43 goals. His ruthless finishing has caught the eyes of everyone.

Erling Braut Haaland is a goal-poaching striker with a great future ahead. Clubs like Manchester United, Chelsea, Real Madrid, FC Barcelona are scouting on him and monitoring his progress. He can be a prime target of some of these clubs next summer.

As per the report by Daily Star, the striker can leave the summer as the German side is not ready to fulfil his wage demands. The report says Haaland wants his next contract to earn him €90 million over five years.

Haaland is currently on a five-year contract in Borussia Dortmund until 2024. Haaland and his agent, Mino Raiola, are trying to convince Dortmund to part with their talismanic striker so that the striker can join another club that is willing to offer him the wage he wants.

Haaland has a release clause of €80 million in his contract with Borussia Dortmund. However, it won’t become active until the summer of 2022. Until then, it is tough to find a buyer for the young striker.