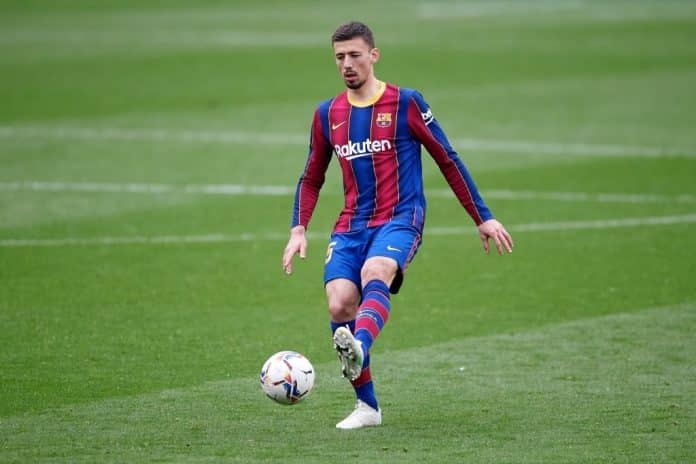 Clement Lenglet has been one of the most underperforming defenders at the top clubs across Europe, with the recent performances going absolutely against the Frenchman’s credibility as a first-choice player for Barcelona.

In the most recent outing for the Blaugrana against Cadiz in the league, Barcelona held the lead up until Lenglet gave away a needless penalty by fouling Ruben Sobrino in the box to give the visitors a fighting chance. Alex Fernandez made no mistake from the spot, equalising things for the men in yellow to take a point off the hosts.

“I think it’s questionable, but a penalty can be given,” Ronald Koeman said after the match. “I don’t know if the defender should risk going for that ball. Maybe not.”

One of the last decisions made by former Barcelona President Josep Maria Bartomeu was to renew Lenglet’s contract at the club up until 2026, five years from now. Considering the underwhelming performances from the Frenchman, the decision was questionable, to say the least.

Lenglet was a part of the backline that lost 8-2 to Bayern Munich last season, and was also alongside Gerard Pique as they shipped 4 goals in the first leg of this season’s Round of 16 fixture against PSG.

The player was recently pictured driving out of Camp Nou in tears, holding up apologetic hands towards the fans in reference to his most recent misstep. The words of Ronald Koeman after the match against Cadiz that proved the manager’s disappointment at the result could possibly have had a much heavier effect, with more harsh words being spoken behind the scenes too.