AMD to release the successor of its instinct MI100 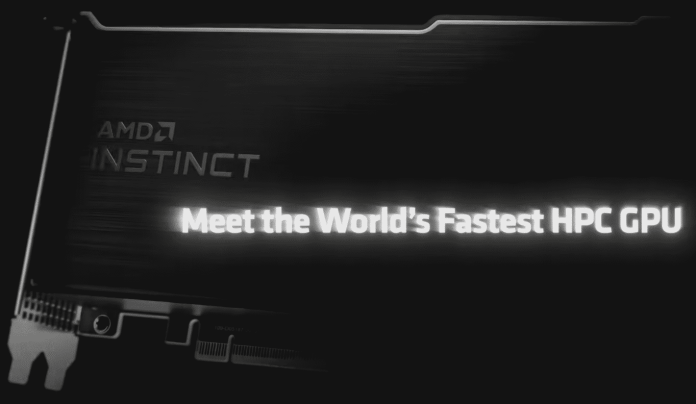 AMD last year launched its first-ever CDNA GPU-based accelerator, namely the Instinct MI100. Recent reports indicate that its successor, the MI200, will be launched this year. The CDNA architecture is designed for compute-intensive and HPC workloads. It is reported that the 2nd gen of these chips is going to bring a lot of new features and technologies.

A Twitter user who goes by the name of Komachi first posted this news on his feed. We can assume that the MI200 will be replacing the MI100 as the new flagship accelerator for HPC.

According to sources, the AMD MI200 is listed as an MCM ‘Special FIO Accelerator’ for HPE Cray EX. An MCM (Multi-Chip-Module) design suggests that there could be a Vega Compute GPU but two of them fused over the same PCB & connected by a next-generation Infinity Fabric interconnect.