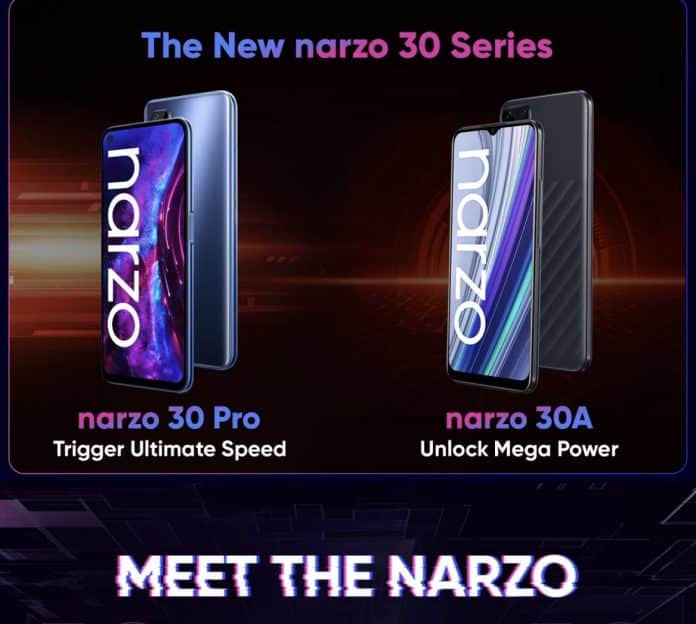 Now, coming to the Geekbench listing of the Realme Narzo 30A as it has appeared on Geekbench with model number Realme RMX3171. The listing suggests that this phone will run on the Android 10 OS and will be powered by a 1.80GHz octa-core  MediaTek Helio G85 processor paired with 4GB of RAM. Although we can expect a 3GB RAM variant as well. In terms of Geekbench scores, the Realme Narzo 30A has managed to grab 368 points in single-core and 1296 points in multi-cores.

As per some of its previous leaks, the Narzo 30A will feature a 6.5-inch HD+ IPS LCD waterdrop notch panel. In terms of camera, it is expected to have a 13MP rear camera module along with an 8MP selfie snapper at the front. Being an IPS LCD display, this phone will have a rear-mounted fingerprint scanner. Coming to the battery, the Realme Narzo 30A will be fueled up by a 6,000mAH battery with 18W of fast charging support. This phone is said to be available in two different color variants: Black and Light Blue.

Now let’s have a short talk on the Realme Narzo 30 Pro. As reports have come out, it will be powered by a MediaTek Dimensity 800U chipset. Regarding the display, it will have a 6.5-inch FHD+ IPS LCD panel having a faster refresh rate of 120Hz. As it is not an AMOLED panel, this phone will have a side-mounted fingerprint scanner.

As of now, we have no idea about its storage and RAM variants. Coming to the camera section, as we can see in that image, it is a rectangular triple rear camera setup supported by an LED flash that includes a 48MP primary sensor along with an 8MP ultra-wide sensor, and a 2MP tertiary sensor. For selfies, this phone offers a 16MP selfie snapper at the front. The Realme Narzo 30 Pro will be fueled up by a bigger 5,000mAH battery supported by 30W of fast charging.