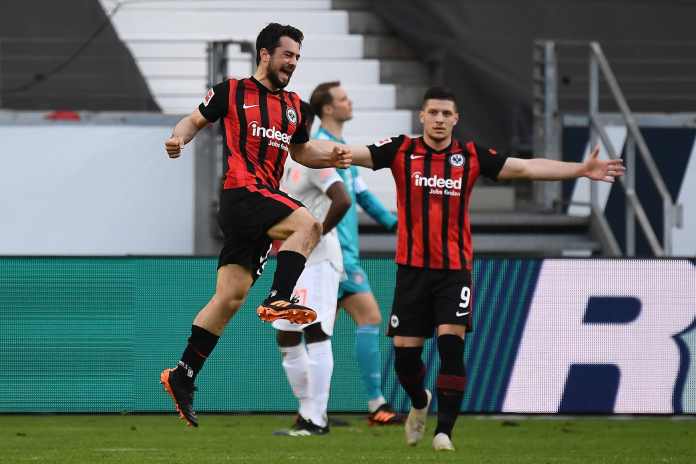 Bundesliga giants Bayern Munich lost 2-1 to Eintracht Frankfurt in their most recent outing. The Bavarians also lost their 9-match unbeaten run in the league in the process.

Goals from Daichi Kamada and Amin Younes gave Frankfurt the motivation to hold on until the last minute despite Robert Lewandowski doing what he does best, and pulling one back for Bayern. However, it was all to no avail since Hansi Flick’s men came off on the wrong side of the scoreline on the day.

Leroy Sane’s performance in the early stages left something to be desired once again, as the former Manchester City man was sloppy in possession. However, he was not the only attacker at fault as Kingsley Coman’s outing was also underwhelming. Marc Roca and Joshua Kimmich had a tough time getting things to click between each other.

Roca only recently arrived from Spain, and as young as he is, he still needs time to adjust to life in a new country and a big club of the size of Bayern Munich, coming in from the Segunda Division. Things became a lot more stable in the middle of the park once Leon Goretzka came on in the second half.

The title race has now been blown wide open in the Bundesliga, and the season could come to another hard fought conclusion. That is especially now that Leipzig are two points behind the reigning champions and league leaders.

Frankfurt, alongside Wolfsburg, are now on 42 points each with the two teams being separated on goal difference. Bayer Leverkusen and Borussia Dortmund still lag behind, though, with 37 & 36 points respectively.