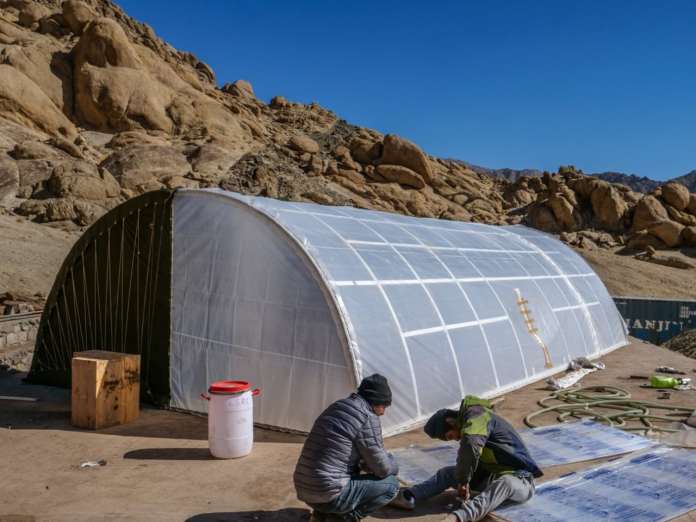 Engineers across the globe are changing the world every day with new ideas and innovations; when you think about Indian engineers, one name will definitely come into your mind – Sonam Wangchuk.

The “3 Idiots” movie was based upon him, and we have known his various inventions and good work over the years. He is an engineer known for designing a SECMOL campus that runs entirely on solar power and no fossil fuels; Mr. Sonam Wangchuk is an engineer, innovator, and reformist.

This time, he has come up with a new idea for soldiers who have to stay at extremely cold places without a proper roof. With his new Solar Heated Military Tent invention, soldiers can enjoy staying in a tent that is heated up during the night using solar energy.

The education reformer has claimed that even though the temperature outside the tent is -14C at night, the tent gives warmth and maintains a +15C temperature. He shows the test was done at Galwan Valley and claims that the tent can accommodate 10 soldiers at a time.

Interestingly, Sonam has claimed that the huge tent is portable and weighs less than 30Kg, and if that’s so, it could be rightfully used by soldiers in the future. Obviously, this will help comfort soldiers who stay in harsh weather conditions and reduce the usage of kerosene or fossil fuel used until now.

What is your thoughts about this invention? Tell us in the comments down below…😎