All the details about the successful landing of Perseverance on Mars 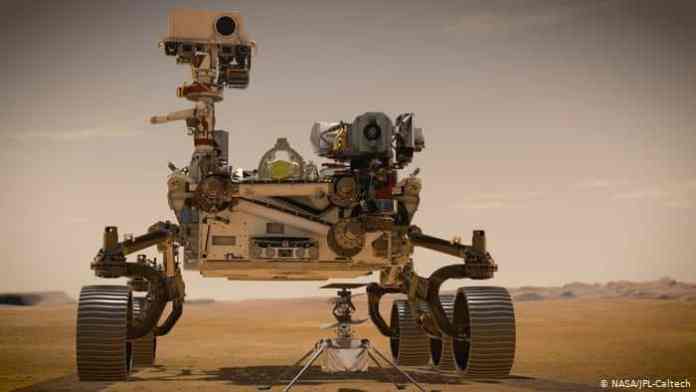 A huge success was achieved of the spacecraft’s journey to the red planet that has extended the record of America about the safe landings there to six. NASA has landed successfully the new robotic rover on Mars Thursday, a great way to study directly the existence of life on the planet.

After the successful landing of the robotic rover on Mars on Thursday, studying directly about there was life on the red planet or not will become a little easy. It has also known that the agency has landed other missions on Mars, the $2.7 billion robotic explorers which are named Perseverance that carries a modified set of scientific tools that possesses advanced abilities to search for life beyond our planet.

This robotic rover, Perseverance is the third one from earth to visit the red planet this month. In the last week, there are two other spacecraft one named Hope from the United Arab Emirates and the other is Tianwen-1 from china was also entered the orbit around Mars. But the spacecraft of NASA had not visited the orbit first, instead, it had zipped across the direct path to the surface.

According to the eastern time at 3:48 p.m. the controllers at the mission operations center at NASA’s Jet Propulsion Laboratory near Pasadena, Calif has been received word from perseverance that it had successfully visited the top of the Martian atmosphere with a speed of more than 12000 miles per hour. After it had to launch successfully, it released two images on Thursday.

The red planet is recently 126 million miles away from Earth. As we know that the radio signals can travel at the speed of light, which can take 1 minute to travel from there to here. It indicates the calculation that while the announcing of the message the beginning of the landing sequence reached Earth, then the rover had already been there at about four minutes. The main fact was whether it was there in one piece or broke into many pieces like the other human-made craters on the Mars surface.

Periodic announcements have been made with the progress through the atmosphere, the deceleration, and also the heating as it was sliced through the thin Martian Air. It also had a deployment of a giant parachute even if it was at a supersonic speed, that shedding the rover’s heat shield so that it can navigate its cameras towards the destination and also slow the descent of the firing of the rocket engines. Finally, the rover was lowered at the end of a cable under a jetpack powered by the rocket until it has touched the surface.

At night 3:55 the entire control room was shouted with cheers with the announcement of Touchdown confirmed said by Swati Mohan who is the engineer that provides the commentary on the descent.

The Role of the Robotic Rover

For the last 20 years, NASA has eventually faced many tough questions about Mars. Their first target was to follow the water which is the main reason of existing of life. From the giant canyons, winding river channels, and the symbol of dried-up lakes one thing was confirmed that water was flowed on Mars in the past, even if the planet is now dry and cold today.

After landing successfully on Mars on Thursday in Jezero Crater, it was found an ancient Martian lake which has the size of Lake Tahoe. It has also sent some pic of the river delta on its way to the crater rim. The main destination of Perseverance is Jezero Crater. The rover later discovers the delta of a river that was flowed once into a lake that filled the crater. There has a promising place named piles of sediments where still might fossils chemical signature preserves the ancient Martian microbes.

The mission of NASA based on a 2200 pound rover, and ingenuity with also an experimental Mars Helicopter. The design of the rover is more similar to the curiosity rover, which is now observing the Gale Crater but it also had carried a differ4ent instruments set included with the sophisticated cameras, lasers that can find out the chemical makeups of the rocks, and also the round penetrating radar. All the tools were tested on earth to demonstrate the possibilities of searching for signs of past life.

The engineers of NASA used a materials series and advanced computer technology to overcome the challenges. After two months of the landing, Perseverance will release a helicopter from its belly and with ingenuity, it will attempt a series of about five test flights of increased duration. If the test becomes successful they have decided to send larger Marscopters. Robotic fliers can expand greatly a space agency’s capability to study the Martian landscape with huge details.

The Perseverance had needed to decelerate 12000 miles per hour to stop completely during NASA calls seven minutes of terror for the period of rover’s visiting at the atmosphere until its landing. The Perseverance path was intersected with the Mars surface. The thin atmospheric level has added several difficulties. It is informed that the spacecraft was needed a heat shield due to the compression of air molecules heating because it hits the bottom side to thousands of degrees.