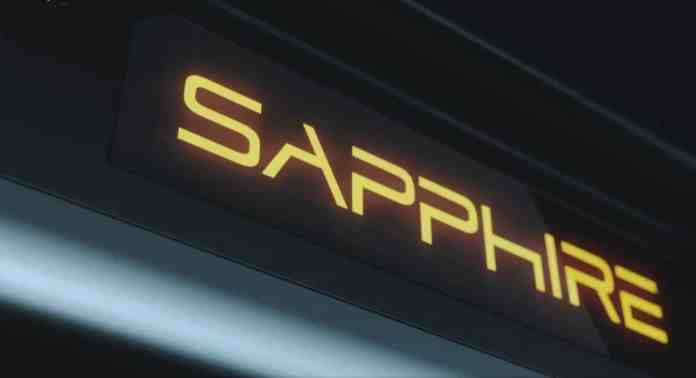 When we talk about customer graphics card we know that Nvidia has more variants and possibilities than AMD but as far as we know AMD has been slowly breaching the gap with it graphics cards.

Nvidia lineup GPUs have a lot of water-cooled variants which has been missing from AMD’s custom cards, but the latest teaser from Sapphire indicates that it might not be the case anymore. The company teased a new AIO-cooled Radeon RX 6900 XT. More specifically, a TOXIC variant of the 6900 XT.

The teaser provides a look at the single fan in the GPU covered by some grills and the rest is a glossy shroud. With a portion of the GPU covered under a shroud, the Sapphire Radeon RX 6900 XT Toxic graphics card will ship with a dual-slot design. It is also suggested that the card will be cooled by a 360mm AIO Liquid cooler.

The information gathered in this is article is based on the teaser and some sources and should be taken with a pinch of salt. As always more information will be provided once the manufacturer decides to reveal some more data, but for the time being, that’s all folks.