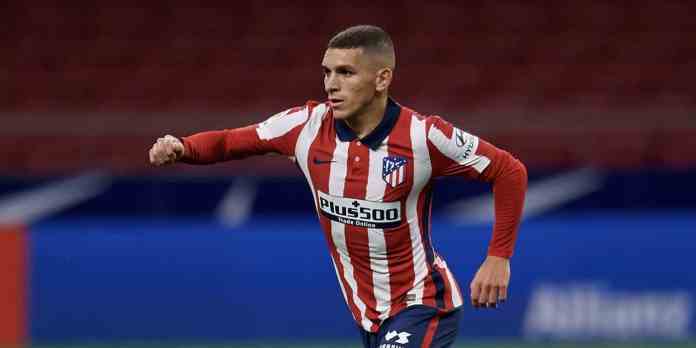 Arsenal loanee Lucas Torreira is coming back to London after finding a lack of playing time at Atletico Madrid. The player was temporarily sent out due to the arrival of Thomas Partey in midfield, though it is still maintained that the two deals were independent of each other.

Arsenal are planning to sell Torreira once his loan spell with Madrid expires and he is at the Emirates again. Fiorentina are interested in signing the midfielder, according to the Italian transfer insider duo of Fabrizio Romano and Francesco Porzio via the Here We Go podcast.

The Gunners will have to potentially part ways with the Uruguayan for well below his market value if the priority is getting him off their books. Torreira is valued at €28 million according to Transfermarkt, and at 25, still has time on his side.

Coming to another Arsenal midfielder out on loan, we broach the topic of Matteo Guendouz. Interestingly, while Arsenal want to part ways with Torreira, they want to see what happens when Guendouzi comes back from Hertha Berlin. But they want to wait before they decide whether to sell the player, or send him out on loan, or give him another chance at the Emirates.

The France U21 player has made 16 appearances for Hertha so far this season, and at 21 years of age, could still be a part of Arsenal’s long term plans. However, we will have to wait and see how things truly play out between the fiery youngster and the London Reds.