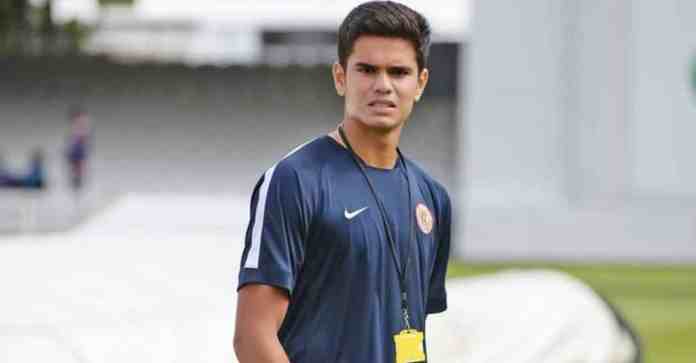 Arjun Tendulkar, son of legendary Sachin Tendulkar, and a left-handed batsman and a left-arm fast bowler, was bought by Mumbai Indians at the mini IPL 2021 auction of his base price, Rs. 20 lakh.

Arjun’s name was the last in the auction, and it was only Mumbai Indians who bid for the 21-year-old and was eventually bought by them in the team, where his father once had played for.

Arjun has bowled in India nets quite a few times and has also played for India U-19, and has made his debut for the senior Mumbai T20 team in the Syed Mushtaq Ali Trophy recently, at the right time just before the auction, where he scored 77 runs off just 26 balls in addition with picking up three wickets to help his side win the Police Shield Invitation Tournament in Mumbai. Arjun played two T20s  for Mumbai this season where he picked up two wickets with his best of 1 for 33.

Another reason for picking up Arjun by the Mumbai is he comes with a quality that IPL teams usually look after, the wide variation that left-arm pacers bring.

However, the experience that Arjun gained from bowling at the nets from the Indian players should provide him with a good pace in a tournament that is very likely to have happened anything he has played in his career so far, but for that, he first has to make it to the Mumbai XI first and to do so he has to compete with some veterans of T20 cricket.