Apple’s M1 chipset might already be infected by Malware 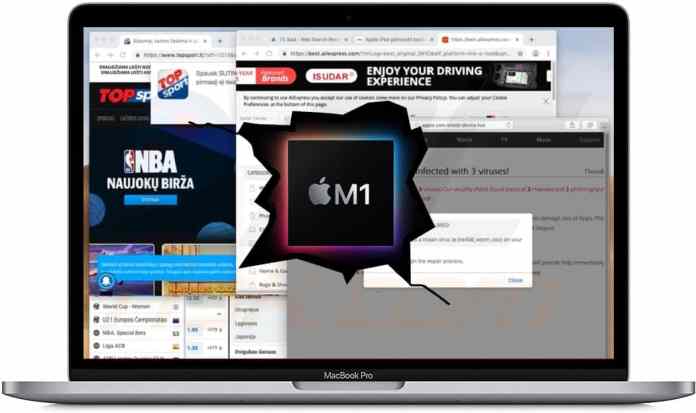 Apple’s brand new M1 MacBook Air, M1 MacBook Pro, and M1 Mac Mini are the jewel of the company. The performance of the new chipset from Apple has already proven to be amazing and it has gained recognition from various tech experts of the industry. But recently a researcher has found something quite unsettling about the newly launched devices from Apple.

Patrick Wardle discovered that the above-mentioned devices might already be troubled by Malware issues. In a recent report by Wire, it was stated that the code that had been created for running on Intel x86 processors has been taken advantage of by shadowy types to come up with Mac malware that will operate natively on the Apple M1.

Amongst all. the GoSearch22 Safari browser extension has been specifically outed as a member of this new M1 malware family. According to sources, the code can collect sensitive user data without permission and lead to more malware being installed on an infected machine.

The extension called GoSearch22 is related to Pirrit-related ads, and it directs the user to a more-often-than-not malicious or dangerous website. The extension’s certificate has already been revoked by Apple, but since the malware was acting freely with Apple’s M1 silicon is a cause for concern.

Because Apple takes user privacy and security with the highest priority and the discovery of the malware is a bad sign for the company. The malware was difficult for anti-virus tools to weed out, with Wardle stating “detections of the arm64 version dropped roughly 15% (when compared to the standalone x86_64 version).”

If one malware can be found, it makes you wonder as to what other secrets the M1 silicon might be hiding.