PSG trying everything in their power to keep Kylian Mbappe 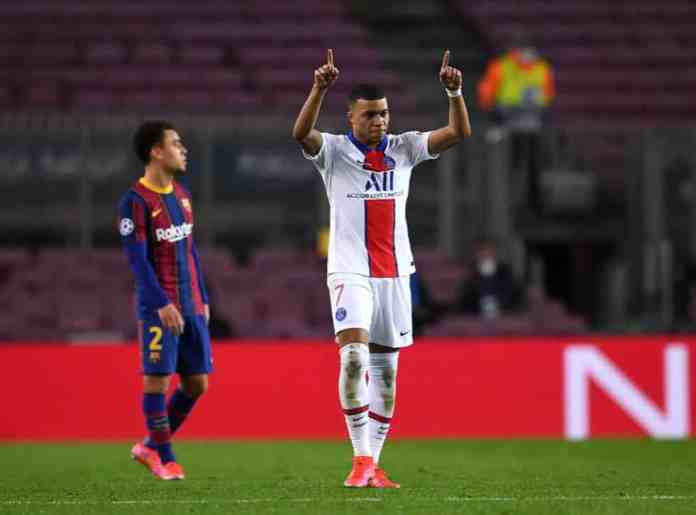 Kylian Mbappe, the only player in the history of Champions League football to score a hat-trick at Camp Nou in the knockout stages of the competition, is in contract talks with current club PSG, which is expiring in 2022.

The Frenchman wants a salary worth more than €25 million per season. When negotiating a contract like this, the club also has to pay big commissions such as agent fees and other payments that come along with a deal of such stature.

The President and owners of PSG have reportedly told Sporting Director Leonardo to do everything in their power to make sure that the player extends his contract with the club.

“I have always said that I am happy here. This sort of match makes me even happier. The PSG shirt is one that I hold dear to my heart,” the France international told RMC Sport in a postmatch interview.

“I am happy. I always want to give the best of myself. I have not always had that success but never in my life will I hide. Today, my hard work is paying off.”

“It would be stupid to decide my future on a single match. The truth is that it is about reflecting for the long term,” he said

While the PSG board will indeed try everything to keep him, it won’t be easy to reach a total agreement. Luis Campos picked him out as a future star during Mbappe’s time at Monaco and said he’d play for Real Madrid one day. How close that dream is to reality is something that is still uncertain.

Paris Saint-Germain have an important project, of which he wants to plan for the long term. Pandemic situation has stalled Madrid’s Mbappe pursuit, according to Fabrizio Romano and Francesco Porzio on the Here We Go podcast.