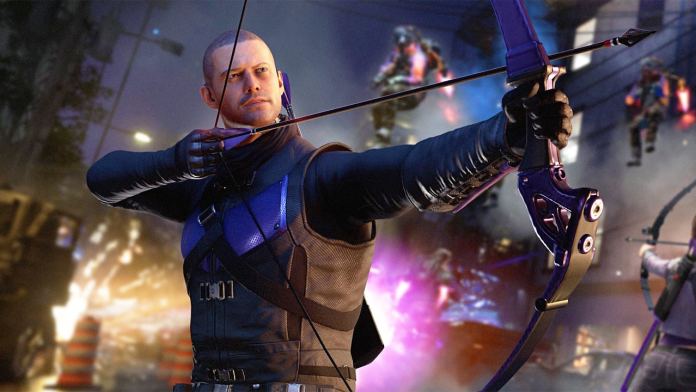 For Marvel’s Avengers players, the upcoming month is an exciting one, as the superhero game of Crystal Dynamic is finally receiving its long-promised next-gen console upgrade and adding Hawkeye to the game’s lineup. You can watch the trailer for the next-gen update, having footage captured on the PS5.

Square Enix has not gone into more details that, what kind of next-gen update will offer, simply saying to expect “upgraded visuals and framerate, haptic feedback for each hero, significantly faster load times, improved destruction, and heroic detail.”

There is also a new trailer for the Operation: Hawkeye update, which includes the sharp archer and the new Future Imperfect story mission.

And, here is a 10-minute deep dive video for more information on Hawkeye.

“In Future Imperfect, a storyline inspired by Marvel Comics’ Old Man Hawkeye series and the Hawkeye “My Life as a Weapon” storyline, you will be taking Clint on a perilous journey to a future Earth and stepping into a new biome known as the Wasteland to find the missing Nick Fury, come face-to-face with the villain Maestro, and save the world. Did we mention his canine pal Lucky will also be featured in this Operation?”

Hawkeye is able to handle his enemies with an array of different arrows, including boomerang, grapple, tripwire, recovery, rocket, and the AI-guided Hunter’s Arrow variants. Marvel’s Avengers is available now for Xbox One, PS4, and PC, and also now playable on PlayStation 5 and Xbox Series X|S via backward compatibility. The full next-gen console upgrades and the Hawkeye DLC are releasing on March 13.