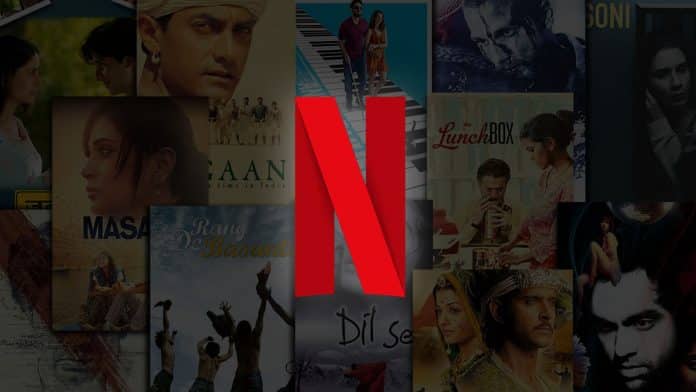 In this terrible pandemic situation, the worst situations have been created everywhere, all of the theatres are closed and people have accepted the OTT platforms to watch the movies and the series. The OTT platforms also have working hard to supply the desired content to the audience so that they can enjoy the film at the home.

In the list of top OTT platforms, Netflix is one of the most famous platforms for online movies and every kind of movie are available on this platform. From child to adult everyone has a huge desire for comedy movies.

Here is the list of the top best Comedy Movies available on Netflix in 2021:

If you want to watch a comedy movie then definitely it is the one that you should watch. This comedy film is appropriate for days while you want to just relax and celebrate a no-brainer and want to laugh from your heart. The story is based on about four friends who have thought that they have found the gold.

It is also a very funny comedy movie. It is a Punjabi movie starring Neeru Bajwa and Diljit Dosanjh. This is a horror-comedy movie. The story is based on a ghost hunter who has invited England to hunt the female ghost and he uncertainly falls in love with the ghost.

This movie is mainly the official remake of the British movie The Infidel. The story is about a man at the age of 50s and he is very stereotypical and judgmental towards Muslims.

If you have already watched it then you know that definitely this is one of the best comedy movies on Netflix. How many times you watch it, you don’t stop laughing and also never getting bored. The story is based on a gangster in Mumbai named Munna Bhai(Sanjay Dutt) who pretends to be a doctor in front of his parents but after revealing his identity in front of his parents, he has vowed to become a real doctor.

I think you don’t need to introduce to this coming–of–age comedy film that is still relevant and holds an important status in Bollywood. The story is about the life of three engineering students and their struggles through their journey. There are many funny incidents that happened along this journey.

It is no doubt the highest-grossing Malayalam film of all time. The story of this film is based on the goal of a man in life to marry a rich woman and settle with her abroad and then dump her to live a luxurious life.

It is also a comedy masterpiece that is available on Netflix. The story is about Amar and Prem the two friend who has turned into rivals for love and wants to marry the rich woman Raveena.

It is a strange comedy film available on Netflix. The story is about a 70-year-old woman who has got a second chance in life after transformed magically into a 24-year-old woman. She started to continue music and engaged her grandson’s band.

It is an action-comedy movie. The story is about three friends who have landed in the soup while they have asked to supply a package. After knowing that what is inside the package they have started to get a hold of it and thus the chase of police and a gangster was started.

This movie is Abhay Deol’s most funny and fearless comedy movie. The story is about a thief who has reflected on his life choices and also the different heists that he has pulled off during his criminal career, after getting arrested.