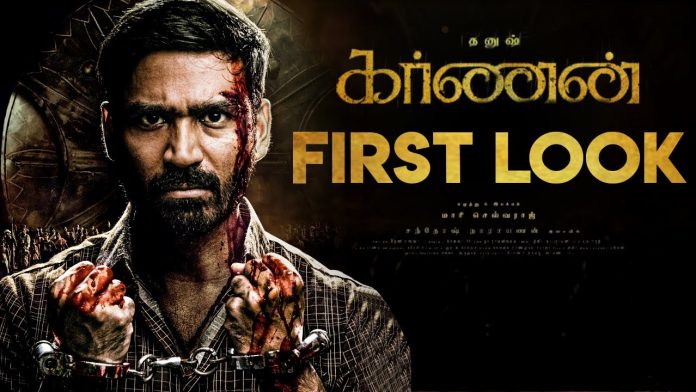 The upcoming film of Dhanush named Karnan has directed by Mari Selvaraj that is set to release on April 9. The makers have revealed the new poster to declare the date of release. The filmmakers of Dhanush’s upcoming film Karnan has treated the fans by announcing the release date of the film.

From the latest announcement, it has known that Karnan will release in theatre worldwide on April 9. The new poster of Karnan has released by Dhanush has directed by Mari Selvaraj. It is expected that this will be a hard hitter in the thriller category.

The fourth upcoming film of Dhanush, Karnan, will launch in the theatres worldwide on April 9. The director is Mari Selvaraj. Dhanush and the entire team have announced the release date on April 9. After several restrictions, the shooting of this film is resumed up by December 2020.

The first look is here:

The Brilliant actor has released the Tamil and English posters of Karnan and wrote that #Karnan first look and THEATRICAL RELEASE DATE. In this poster, we will see his bruised and intense expression on his face.

It has been informed that Dhanush and the producer Sashikanth had the main fallout after deciding of the latter to release their movie Jagame Thandhiram on an OTT platform. From his Tweeter post, we have seen that he was written a theatrical release in the double quote that taking a dig at Sashikanth’s decision.

Before some days he has appreciated the producer Kalaipuli S Thanu for releasing Karnan in theatres that is a much-needed most encouraging news at the right time. He has said a thank you to the Thanu sir for the thinking of the theatre owners, exhibitors, distributors and all the team who are very livelihood and dependent on films and theatres, with the other options and also said big thanks to his fans.

The film Jagame Thandhiram was set to release in theatres. It has also informed that Sashikanth also has received a huge deal from an OTT giant for streaming directly. The official announcement of the release date of Jagame Thandhiram is still to be made.

ABOUT US
The ultimate Technology & Sports news website, TechnoSports caters to the latest news for all its readers round the globe.
Contact us: admin[email protected]
FOLLOW US
© 2020 TechnoSports Media Group