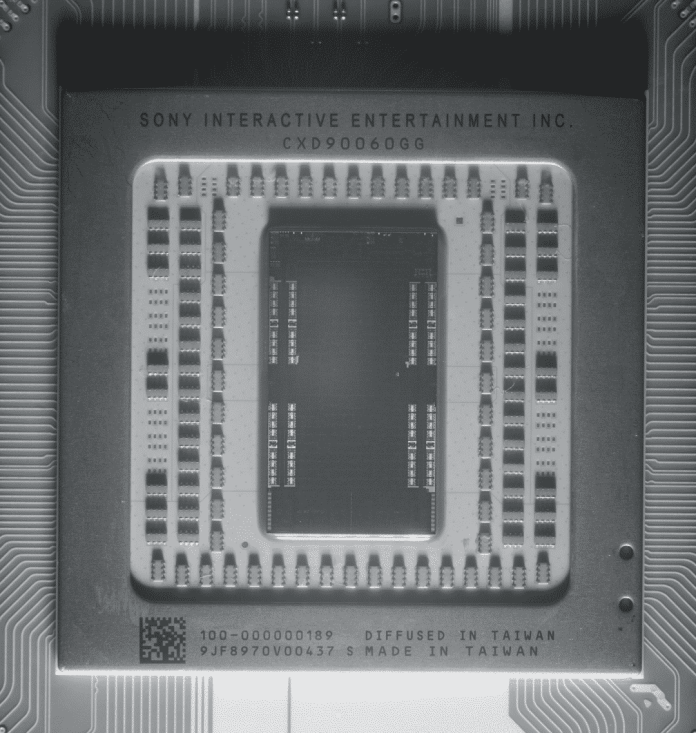 PlayStation 5 is now out in the market for few months, but finally, now, a die shot of the next-generation console has been published. @FritzchensFritz is the person who uploaded the die shots on Twitter and regularly shared GPU and processor die shots. He now hopes that he will get a better short-wave infrared image of the PlayStation 5’s die up very soon.

Some previously unknown details are disclosed from the pictures that are uploaded. Meanwhile, Sony and AMD claim that the console features the former’s RDNA 2 architecture, the die seems to have separate cache modules, which would suggest no support for Infinity Cache. According to some rumors, both the next-gen consoles would support Infinity Cache, but it seems neither of them does support it.

AMD claims that Infinity Cache can deliver up to 3.25x the effective bandwidth of 256-bit Gbps GDDR6 VRAM. AMD came up with the value with a Radeon RX 6000 series GPU and 128 MB of Infinite Cache.

The die shots are now available on the internet and people are debating what RDNA 2 features Sony has cut from its die. It seems like Sony has taken out some Fused Multiply-Add (FMA) and Fixed Function Units (FFU), for example. The gap between the cache segments confirms that the console doesn’t support Infinity Cache.

The images shared by @FritzchensFritz also reiterate that Sony applies the liquid metal to the die of PlayStation 5. Sony has used some kind of protection around the SoC to block any liquid metal from seeping onto the motherboard.

PlayStation 5 Sales go live today; the units are sold out