Nvidia RTX 3060 being sold for twice its MSRP 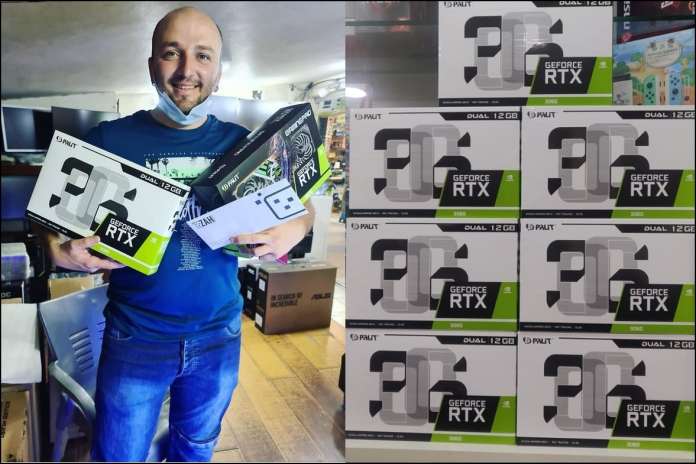 Nvidia unveiled its RTX 30 series graphics cards at the CES 2021 event and the specs are mouth-watering. Even so now and then we are hearing about the new and upcoming additions to the RTX 30 family.

We already know that one of the upcoming RTX 30 addition is the RTX 3060 graphics card. The card comes with 3584 CUDA cores, and the price of $329 MSRP is a bang for the buck.

But we have sad news today, even though the MSRP mentioned by the manufacturer is all good and acceptable, unfortunately for the gamers in Europe, the price of the GPUs have escalated even more.

According to sources, some European retailers have marked the card upwards of USD 600 (EUR 499) which is almost two times the premium over NVIDIA’s MSRP and 50% over official European MSRP. The price hike was first reported by a user called The Determinator at Videocardz.

But the green team is still trying its best to make its vendors stick to the original MSRP. But to its dismay, it has been reported that several retailers are cancelling the already made pre-orders and are now forcing customers to purchase the cards at the new and inflated prices. they are playing dirty now.

Some might suggest that Nvidia is letting them play dirty, but in reality, it cannot force the retailers to sell their products at a specific rate. It would be illegal. The company can, however, cut the supply to the said vendors. But then, it would lose its market. so Nvidia has its hands tied for now.

For now, the only way for gamers to get their hands on the gaming cards at a reasonable price seems to be by purchasing a prebuilt machine. OEMs like Dell, HP, and others have enough power to force the cards at MSRP, but until then, we gamers have to suffer under the rule of supply and demand.