Amad Diallo fined by Italian FA for falsification of documents 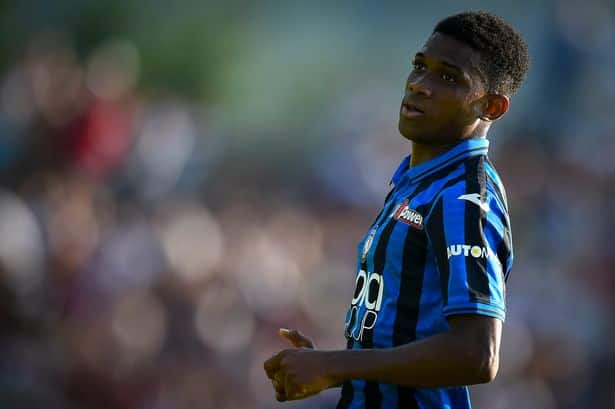 Manchester United starlet Amad Diallo has been fined £42,000 by the Italian FA after an investigation revealed the details behind the teenager’s journey to the Old Trafford.

According to the Daily Mail:

“Five adults have been accused of smuggling Diallo, his brother Hamed and three other young African footballers into Italy on a family visa six years ago. They face accusations of crimes of forgery and aiding and abetting illegal immigration. Two of them claimed to be the brothers’ parents, allowing the boys to enter through that country’s ‘family reunification’ system.”

Amad Diallo was born in Abidjan in the Ivory Coast and was smuggled into Italy through the breach of Article 19 of FIFA’s rules regarding underage transfers. He originally joined a small club named Boca Barco. He since joined Atalanta and has already made his move to England.

Talent scout Giovanni Damiano Drago gave police information following arrest, according to the Daily Mail and the player’s situation reveals a disturbing and dark side of the beautiful game that is washed over by the flash and the polished nature of the product that we see.

The false documents that Diallo produced to gain entry into Italy claimed Mamadou Hamed Traore and Marina Edwige Carine Teher as the youngster’s father, and mother respectively. However, the investigation that started in the public prosecutor’s realm and was overtaken by the Italian football board uncovered that the information provided was false.

Sassuolo midfielder Hamed Traore’s relation with Amad has also been brought under scrutiny, with officials sceptical of whether the two are actually brothers or not. Hamed has also been fined the same amount by the Italian FA.