All the Details about Upcoming Netflix Originals in March 2021 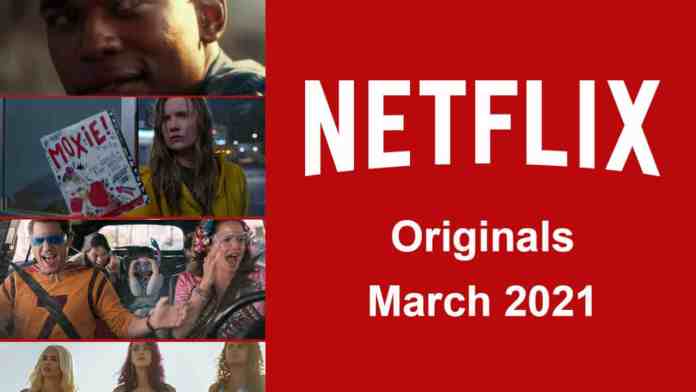 In this march 2021, there is an ongoing preview that has looked at the Netflix originals that will surely be making their way onto Netflix internationally. There are many more series and movies in the updating mode on Netflix.

Netflix is one of the well-known and best platform to watch all kind of movies and series online. We also have an extended 2021 and beyond preview with a long list of every series and movies that are currently under development.

Here is a list of the top show available on Netflix Originals to Netflix in March 2021:

It is a Spanish show. In the third part of this show, we will see Alex Pina will return to Netflix. It is a high-octane series that depicts the three sex workers who have fled from their pimp to get freedom. It has confirmed that eight-episode will be a drop in this March.

This series is featuring with Katherine McPhee and Eddie Cibrian. The story is about a young country singer who has taken a job as a nanny that may help to get back her life on track.

It is a Turkish drama that has belonged to OGM Pictures and has set to an impoverished part of Istanbul and also has to get the help of the one man who has attempted to help out while giving the care for homeless children and one child.

If you had seen Jim Carrey’s movie Yes Man then you will also like this new comedy movie. The story is about two parents who have gone out on their way to fulfill every wish of their kids by telling yes.

It is also an interesting web series. The third season of this interesting adult sitcom has going to come back.

It is a French new thriller series that has dropped and came with Nicolas Lopez and Ange Basterga. The story is about a director who has created a new music video by shooting a notorious drug dealer but in the end, he has involved in a gang war.

We already have known that Last Chance U has covered the American Football Teams but recently they have turned their focus on March’s upcoming basketball. It also has confirmed that eight episodes have to go to drop in this series.

The story of this shoe is based on a couple who has pitched their dream weddings and dream houses and it has down to them to select which one they had preferred.

The story of this series is based on an eighth-year small girl named Zoey who has the superpowers that can enable her to save the day at all times. She also can even fight with antagonists by throwing star beams. She is also able to fly and can attack the villains by using a bubble.

It’s a long time that this show has released but finally after three years of premiering at the Sundance Film Festival, Monster will be going to drop on Netflix in coming March 2021.

It is also a French film. The story of this film is based on the military action that has featured the film stars Olga Kurylenko who has played the lead role of a soldier in this film. There she will hunt down the man who has hurt her sister.

Since our childhood, we all know about the Pokémon animation. Ash Catch’em and his Pikachu which is more famous in this animation world. It has informed that it is only available to Netflix in the United States.

This show has depicts as very quitter and gentler to the kids. The series has belonged to Elizabeth Ito who is famous mostly for her adventures role in time.

After two years ago it will be Amy Poehler’s directorial debut with Netflix and has returned on her second feature film in March 2021 with the launching of Moxie written by Jennifer Mathieu. The story is about a teen who has organized a revolution of a feminist at the high school.

The Jim Henson Company has returned with the fifth season of word party on Netflix. This pre-school series is very helpful to the kids that can help the kids to learn vocabulary from five animal friends.