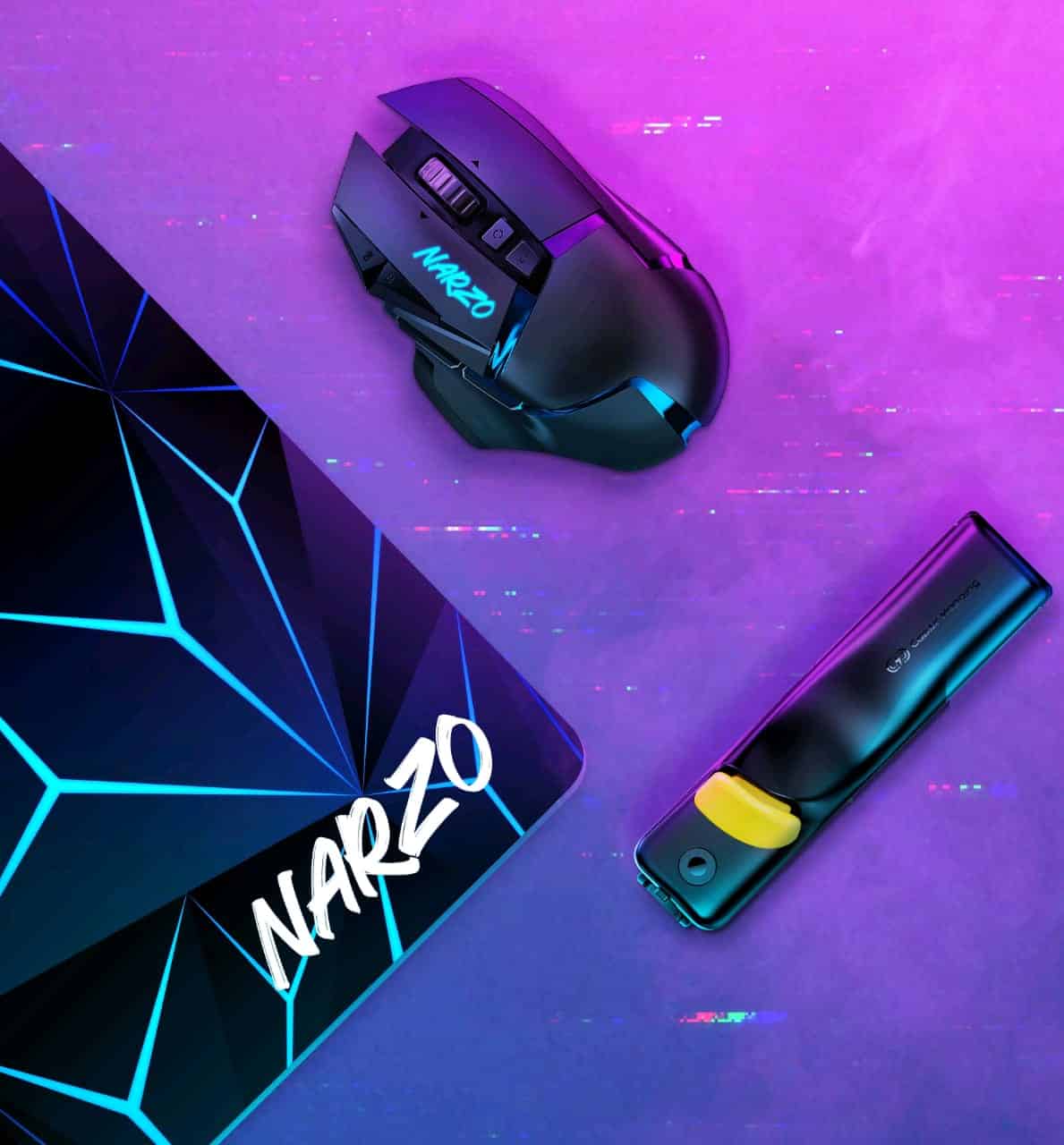 Recently, a survey was carried out by the Realme community. The survey was for the voting of the best retail box for the upcoming Narzo 30 handset. The famous tipster Ishan Agarwal has now revealed that the company might be launching Narzo branded accessories in the country very soon.

These gaming accessories might include a mouse and a mousepad. With the looks of it, we feel that the Realme’s eventual plan would be to launch a gaming laptop shortly. Otherwise, launching a gaming mouse and mousepad would make little sense.

Reports suggest that Narzo 30 series might include three products. These can be Narzo 30A, Narzo 30, and Narzo 30 Pro. This guess is made as the predecessor Narzo 20 series came in similar editions. The launch date of the Narzo 30 series is yet to be revealed by Realme.

As per the reports, we understand that PMX3161 or the Realme Narzo 30 pro smartphone will feature a 6.5-inch display and will run on Android 11 OS. The smartphone will measure 162.4 x 74.8 x 8.8mm. It is also expected that it will house a robust 4,880mAh battery cell. The rear side of the camera will have a rectangle-shaped module consists of four camera sensors. Images that leaked earlier showed the presence of a punch-hole display in front.

Realme also announced its 1st USB-C to USB-C based 65W GaN charger in China. The price of this device will be 199 Yuan. The company claims that users will benefit from a smaller size as it is 30% smaller than the previous generation 65W charger.

ASUS ROG Phone 5 recently spotted on Geekbench with 18GB of...