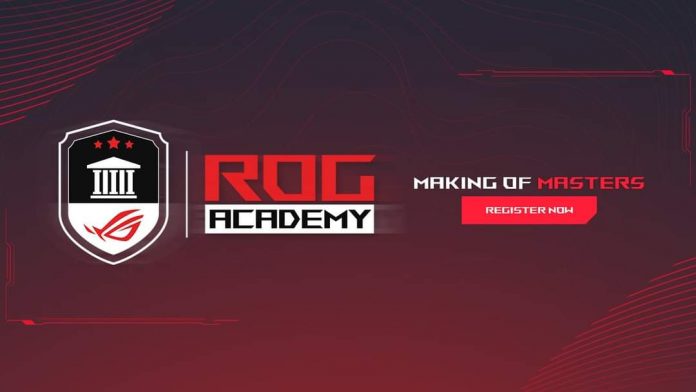 New Delhi, 12th Feb 2021: ASUS Republic of Gamers (ROG), No.1 Gaming Laptop brand, in an endeavor to empower gaming enthusiasts in India, received an overwhelming response from gaming enthusiasts across the country. India’s first virtual Academy program for gamers- ROG Academy has been appreciated by the esports fraternity and the registrations are testimony to the growing popularity of the initiative. ROG Academy has received more than 2350 registrations within 10 days of its announcement.

Commenting on the overwhelming response from the participants on ROG ACADEMY, Arnold Su, Business Head, Consumer & Gaming, PC, System Business Group, ASUS India, stated, “It gives us immense pleasure to witness outstanding excitement from the gaming community for ROG ACADEMY. A significant observation maximum registrations have been identified from the age group 16-20. ROG ACADEMY initiative is an example of our commitment to encourage more and more young gamers to participate and provide them with professional training to hone their gaming skills. I wish everyone good luck and hope for the best talents to be identified to be India’s next esport masters.”

As a part of this initiative, ASUS ROG will identify 6 players from all the registered PC gamers through an extensive screening process. The first session of the quarter will involve “Counter-Strike: Global Offensive” as the official title. ROG Academy will be providing tournament-ready gaming equipment and superior quality technology to gamers, with professional mentorship.

The 6 finalists will receive an Ex-Gratia of INR100,000 once they complete the 3-month training successfully. The players will also be given monetary compensation of INR15,000/ on a monthly basis during the training. The final team will be given an opportunity to represent ROG for 3 months for tournaments and events post the successful completion of the program.

Previous articleNVIDIA GeForce RTX 3060 to have a starting price of ₹ 29,500 in India
Next articleAfrican Union and FIFA commit to build on positive results and to accelerate collaboration