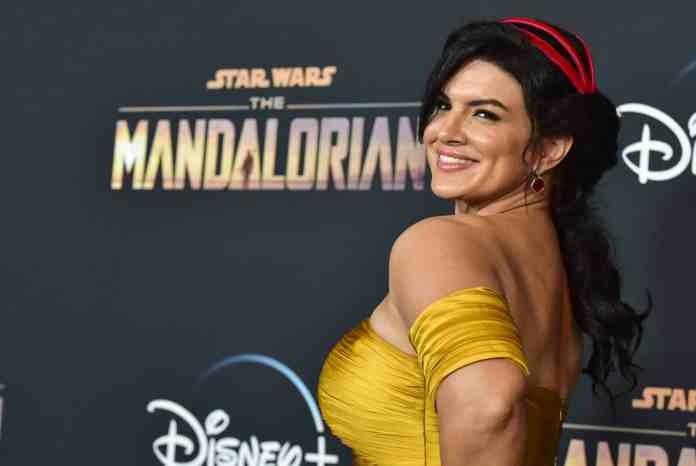 It has been informed that Lucasfilm has fired Gina Carano from her job on The Mandalorian. It is assumed that it has happened due to the posting of the action star on social media about the U.S.’s political climate that has many similarities to Nazi Germany’s treatment of Jews. The company recently said that the comments were abhorrent.

In a wildly distributed statement, the spokesperson of Lucasfilm has said that Gina Carano was not employed recently by Lucasfilm and they had no plans for her in the near future. From the post on her social media, people find that their religious and cultural identities were unacceptable and also abhorrent.

The United Talent Agency also was dropped Carano that was representing her. All this thing was started from Carano’s Instagram account where she has shared an image of a woman being chased along the streets. It has asi9d that the Nazi’s fomented mob depicts the hatred against Jews as a part of holocaust.

Though Carano was deleted her Instagram post later the spark of hashtag #FireGinaCarano is still burning that gained a level after people sharing the screenshots. She was also criticized about her posts when she has posted about President Donald Trump’s claim that the election of 2020 was stolen. She was told after the two days of the November 3 vote that they had needed to clean up the election process, so they were not left any feeling the way they were doing today.

The action star who has also translated a successful career in the mixing of martial arts into roles in films and TV had won the heart of the fans of the battle-hardened Cara dune on The Mandalorian.

As she has a huge fan base, some of her fans support her and claim that the harassment she has faced proves that the recent political climate in the U.S. is unbearable. The supporters also have said that instead of cancelling her cancel the streaming service Disney Plus on which the show of The Mandalorian appears.

Lucasfilm has said that they will be parting ways with Carano after suggesting the reports and she might play an important role in upcoming Star Wars spinoffs, after the unrealistic success of The Mandalorian. It has also informed that Lucasfilm had planned to reveal her as the star of her own Disney+ series during a December presentation of the investors, but due to her November tweets, all of their plans had scrapped.