Samuel Umtiti rejected the chance to join Liverpool in January 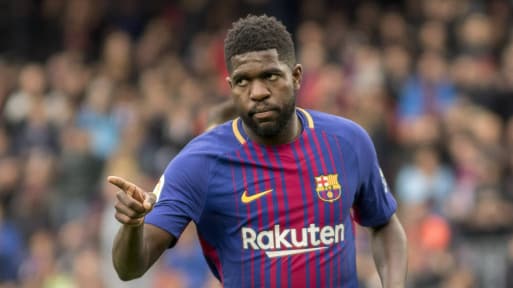 Liverpool has faced some difficulties in defence this season as Virgil Van Dijk, Joel Matip, Joe Gomez all were out with injury. Liverpool was forced to play without a proper centre back in the squad. Recently they lost back to back games at Anfield in the Premier League. Some ex-players and fans suggested Jurgen Klopp to sign a centre back. But the German boss clearly said that he does not want to spend money in panic buy. Finally, on the deadline day, they signed Ozan Kabak from Schalke.

But as per the report, Liverpool boss Jurgen Klopp wanted Samuel Umtiti as the stopgap defender for the remainder of the season. Samuel Umtiti is now completely out of favour of Barcelona manager Ronald Koeman. He has played just five times in La Liga this season. As per the report, Liverpool has approached him in January. But Umtiti rejected the offer as he wants to fight for his place in the FC Barcelona squad.

Samuel Umtiti joined FC Barcelona in 2016 from Lyon. The French defender has made 124 appearances for the Spanish giant. The 27 years old defender is very composed in defence. But he has some repeated injury issues which affect his rhythm.

It could have been the deal of the window if went through. It can also help Samuel Umtiti to get some game-time. But he thought some other way.