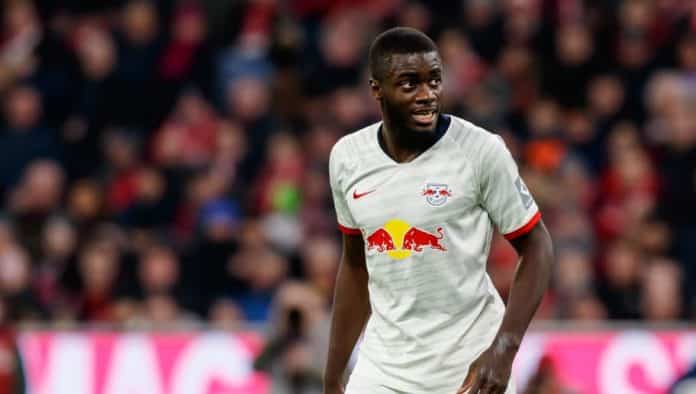 Manchester United are not in the race for Upamecano and are not in ‘advanced talks’ with RB Leipzig regarding the youngster, despite rumours circulating that the club are looking at the Frenchman as a realistic option.

Speaking on the rumour on the Here We Go podcast on Patreon, Fabrizio Romano confirmed that Manchester United are not involved in the race for Upamecano and want something different. They are unlikely to throw their name in the hat to try to sign him.

With that said, Bayern Munich are currently leading the race for the centre-back. They strongly want him to replace the outgoing David Alaba, and as a consistent partner to either one of Jerome Boateng or Niklas Sule.

Munich are prepared to pay the release clause in Upamecano’s contract next summer, which is estimated to be around €42.5 million. They have singled the youngster out as a top priority target and will do everything in their power to sign him at the end of the season.

Chelsea and Liverpool are the two other clubs that are in the race for the youngster. Blues boss Thomas Tuchel loves Upamecano and is considered to be a very important factor in their pursuit of the defender. However, Bayern are leading the race.

Liverpool, on the other hand, want a quality name on the team sheet alongside Virgil Van Dijk. But with the addition of Ozan Kabak and Ben Davies to the squad during the winter transfer market, their bid to sign Upamecano could have some hindrance.

Bayern Munich already control the market in Germany, due to their history of poaching top talents from other clubs in the country, but we’ve seen in the past that the situation isn’t as concrete as it seems after all, since Werner didn’t go to Bayern and chose Chelsea instead. So, the situation is open and anything could happen with so many top clubs chasing the signature of the player.