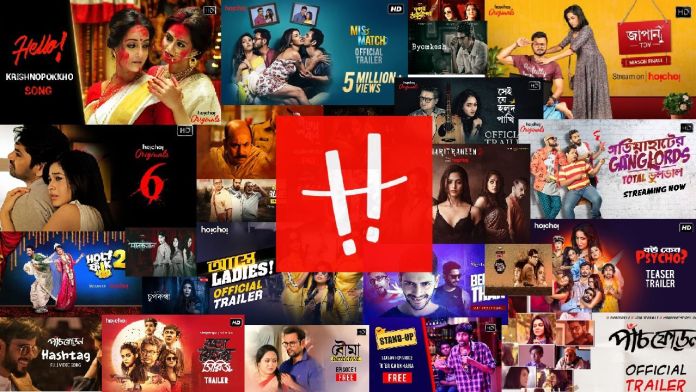 Hoichoi is an incredible OTT platform to watch Bengali movies and series. The OTT platforms have tried to deliver all of such fantastic web series to the cinephiles in this situation. There will be many upcoming interesting Bengali web series has going to rock on this month in the OTT platform Hoichoi.

There are also a huge number of fantastic series is filled on this platform. In this incredible collection, you will be confused to choose the best one to watch on Hoichoi.

Here is a list of the top web series coming on Hoichoi:

It is an upcoming new Bengali web series on the OTT platform Hoichoi. The director of this series is Sourav Chakraborty. The story of this series is based on what will happen when anyone wants to play with the almighty.

This series is directed by Anirban Mallick. The story of this series is based on the murder of Vaidehi which is not identified as a murder or an accident. The reunion of the father and the daughter will solve the mystery, for that, you have to see the series.

This upcoming series is directed by Mainak Bhaumik. If you had watched the movies of Mainak Bhaumik then you will definitely have an idea that how beautifully he developed the characters in his movies. It is expected that these series will release soon by the end of 2021.

This series is directed by Debacle Bhattacharya. In this series, we will see featuring Raima Sen, Arjun Chakraborty, Madhumita Sarkar, and also many co-stars. The story of this series is based on a novel by Sarat Chandra Chattopadhyay.

The story of this upcoming series is based on the novel written by Arnab Ray. It is expected that this series will release at the ending of this year.

The story of this series is very interesting that is based on Macbeth written by Shakespeare. This series is going to featuring Anirban Bhattacharya. It will be his first series as a creator.

This series is directed by Srijit Mukherji. The story of this series is based on the novel “Rabindranath Ekhane Kokhono Hate Asenni” written by Mohammad Nazim Uddin. This series will be featuring with Anirban Bhattacharya, Rahul Bose, Anjan Dutt, Anirban Chakrabarti, Azmeri Haque, and many co-stars.

hoichoi, the pioneer of Bengali entertainment OTT platform, will be available for JioFiber customers