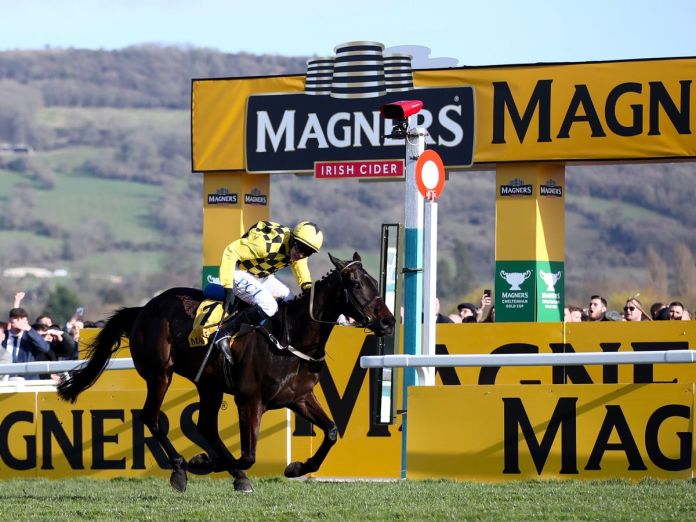 Across the world, the global sport of horse racing has its great events. Among the most prestigious of those over jumps is the Cheltenham Gold Cup – a race won Al Boum Photo in each of the last two years.

In its storied history going back almost 100 years, just eight horses have tasted victory more than once. Irish-trained Al Boum Photo is already among them, but there’s an even more exclusive club he bids to join this time.

Only four steeplechasers have won the Gold Cup in three consecutive years before: the outstanding Golden Miller of the 1930s, Cottage Rake during the early postwar period, Arkle in the mid-1960s, and Best Mate between 2002 and 2004. A who’s who of National Hunt horse racing down the decades.

While turning up at Cheltenham year after year looks like a big ask on paper, Al Boum Photo’s Gold Cup ante-post odds have him a clear favorite for a successful treble. It’s a rare feat, but not impossible and the market sides with him to do it.

There’s an old saying in England about waiting for buses, then two or three come along at once. It applies to Al Boum Photo’s trainer, Willie Mullins, who had been trying his entire career to saddle a Gold Cup winner.

He sent out six horses who finished second after first hitting the frame with a third-place back in 1999. Stable favorites like Florida Pearl; Hedgehunter, who won the world-famous Grand National at Aintree; and Djakadam were among those to try and come up short.

It took a master trainer like Mullins 20 years to crack the Gold Cup, then Al Boum Photo backed up his breakthrough 2019 success by repeating it last year. The unique way in which this horse prepares for Cheltenham is unorthodox but effective.

Over the years, several key trials in both England and Ireland have developed. Some are valuable races in their own right, such as the King George VI Chase, Savills Chase, and Irish Gold Cup.

Rather than send Al Boum Photo to the established program for three-mile steeplechasers, Mullins has instead run him at a low-key track, Tramore, on New Year’s Day. It is a tight, clockwise course and configured completely different to Cheltenham, yet running there works for this horse.

Mullins keeping Al Boum Photo lightly-raced, so there is plenty left in his tank for the Gold Cup, is a perfectly logical approach. Horse racing fans don’t see much of him in the course of the jumps season, but that might be the key to both longevity and success.

Last year’s Gold Cup form is not particularly strong. Only horses that finished way down the field in seventh and ninth have won races since, so there is every reason to believe that Al Boum Photo can beat his old rivals once again.

A few new opponents are lining up against him, but they have it to prove. Al Boum Photo could well be a triple Cheltenham Gold Cup winner come Friday, March 19.