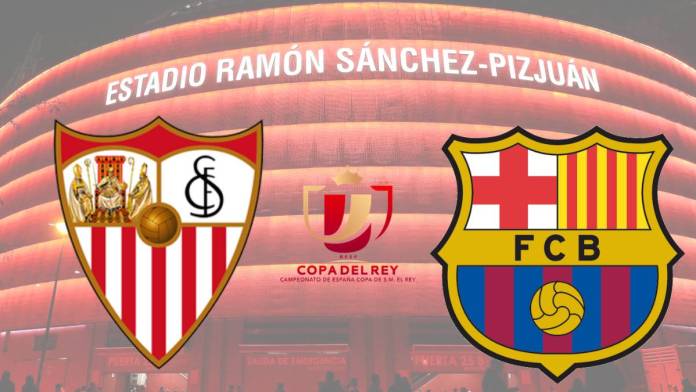 Barcelona came from 0-2 behind to defeat Granada 5-2 in extra time to set up this semi-final fixture with Sevilla. Barcelona and Sevilla, whoever wins the semi-final is the clear favourite to win this season’s Copa del Rey trophy.

Sevilla will be looking to cause an upset in the first leg of the semi-final as eight Barcelona first-team players will be missing this fixture through injury. Barcelona will be facing an in-form Sevilla team without some of their regular starters and more importantly just one week away from a huge Champions League match against Paris Saint-Germain.

When is the Sevilla vs FC Barcelona Copa del Rey semi-final?

The Copa del Rey semi-final match between Sevilla and FC Barcelona will be played on 10th February 2020.

The match will be played at Ramon Sanchez-Pizjuan Stadium.

Unfortunately, no TV channels will broadcast the match live in India. In other countries, it will be available. Premier Sports 2 (UK), Startimes Sports Life (Nigeria), TeleCinco (Spain), ESPN Brasil (Brazil), others

There will be no live streaming of the Sevilla vs FC Barcelona Copa del Rey semi-final match in India. However, you can watch on ESPN+ (USA), Premier Player (UK).