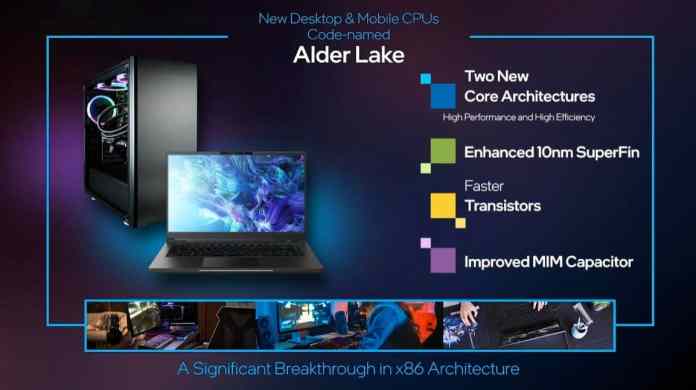 Intel is all set to launch its Rocket Lake-S CPUs in the coming days, in the meantime, the speculation surrounding 12th Gen Alder Lake-S CPUs isn’t stopping soon. Intel already said at the CES 2021 that their 10nm based Alder Lake processor would be launching in H2 2021.

Even before that announcement, we already spotted a 16 core, 24 thread Alder Lake-S CPU on Geekbench. This will be a hybrid CPU architecture, as confirmed by Intel itself. A hybrid architecture is pretty economical in power consumption but is not highly rated enough to deliver expected boost clocks.

Intel Alder Lake-S sports the smaller Gracemont (GRT) cores and the big cores of Golden Cove (GLC). The smaller cores are the successor of Tremont, while the bigger ones are successors of Willow Coves. The Alder Lake-S will have up to 8 GLC and 8 GRT cores; however, hyperthreading will be offered only in GLC cores.

So this repeatedly spotted 16 core Alder Lake-S CPU comprises of 8 big Golden Cove cores & 16 threads (i.e. hyperthreading enabled) and 8 Gracemont cores & 8 threads (i.e. no hyperthreading). the base clock speed is 2.2 GHz and L2 cache of total 12.5 MB while the L3 cache is 30 MB.

Although the boost frequency is seen to be 27.2 GHz, it is obviously an error and it could be either a multiplication of 8 or 10. So, as Videocardz points out, the CPU could possibly have a boost frequency of 2.7 to 3.4 GHz. It posts a score of 6536 points in single-core and 47870 points in multi-core benchmarks of Geekbench 4.

The Core i9-10900K in the multi-core benchmark is slower than the Alder Lake-S CPU but leads in single-core with 6720 points. Obviously, this is an engineering sample which is not even in its ES2 phase, so with days it should get even better and come with more frequency, while its launch slated at the end of 2021.