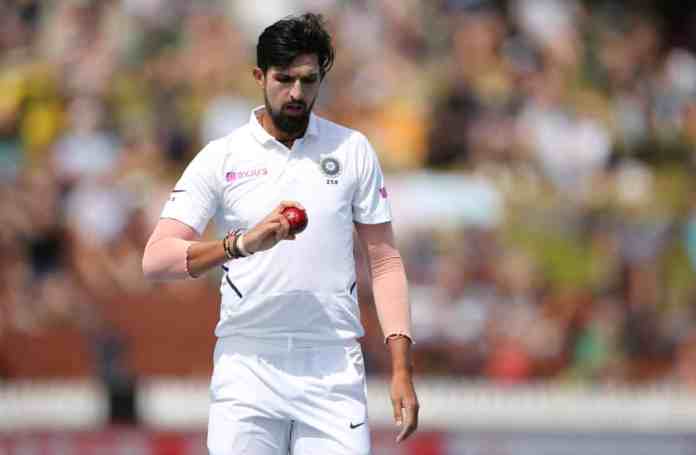 Ishant Sharma made his debut in against Bangladesh in May 2007. But he proved his worth against Australia at WACA, in 2008. He made his mark in the fast bouncy pitch of Australia.

After reaching the milestone Ishant said, “Yes, it has been a rollercoaster ride till now. I have enjoyed it. I have had a lot of experiences in my career. There have been mentors who have taught me how to bowl in the subcontinent and how to bowl when I travel abroad.”

He also thanked former Australian pacer Jason Gillespie for his great advice. Ishant said, “A lot of people would tell me I need to increase the pace of my fuller deliveries. No one told me how to do that. When I went to play County cricket, Gillespie told me the solution. He said to increase the pace of fuller deliveries, you don’t just release the ball but hit the deck so that it should hit the knee roll. Earlier, I would put cones during nets. That’s okay for a youngster who wants to get his area right. For someone like me, I need to see where my ball is finishing rather than where it’s pitched.”

Ishant Sharma’s teammate and Indian spinner Ravichandran Ashwin said, “Ishant is one of the most hardworking cricketers I’ve seen. He has done that for more than one reason because being that tall itself requires a lot of facets to be managed through a career which spans 14 years. The Ishant that went to Australia and got Ponting then has gone on so many other tours, had his share of injuries. For a fast bowler to play close to 100 Tests (98 Tests) is not a joke. It is a fantastic, fantastic achievement. I would really want to see him get to 400 and then 500 Test wickets to sort of set a road map for a lot of Indian fast bowlers.”