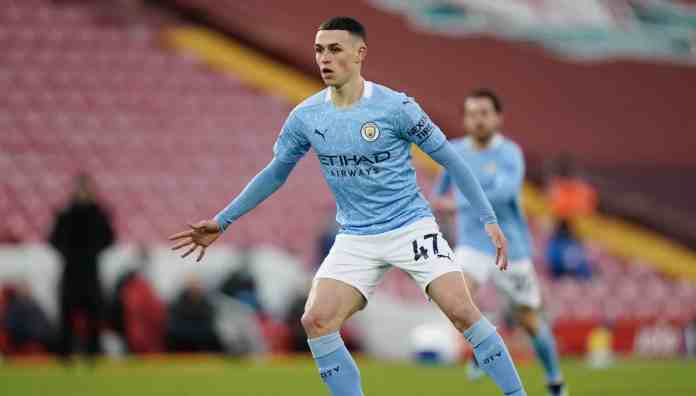 Phil Foden is without a shadow of a doubt the best young footballer in the Premier League right now. The youngster managed to provide an assist for Ilkay Gundogan’s second goal against Liverpool that put the visitors ahead and then managed to find the back of the net himself with a thunderous strike to beat Alisson Becker, who was having a rough day, conceding two errors leading directly to the goal.

While any player can have a good day on the pitch, it is a sign of class and quality when they deliver regularly, and Foden has been scarily consistent for his age against the feared ‘Big 6’ opposition of the Premier League.

The 20-year-old’s maturity and understanding of the game are way beyond his years, and his ability to run with the ball fearlessly sets him apart from many of the other players who have a similar role. However, his most prized asset is his unbelievable finishing technique that combines sheer power with accuracy, evident in his goal against Liverpool yesterday.

Guardiola’s opinions of the young Englishman are finally getting more and more believable. The Catalonian heralded Foden as the most talented youngster he has ever seen, ahead of even Leo Messi, who has gone on to have one of the most incredible careers in football.

The City boss praised his prized asset in the post-match interview, but also made sure to keep the youngster grounded, saying:

“Phil Foden is a guy who keeps the ball really well, he arrives so aggressive but he is also still so young. When he plays wide it is more easy for him, he will learn.

“The action for the second goal and the fourth goal, we know what a huge talent he is but he is still young and hopefully he can understand he can still improve.”