India Vs England: First Test, Day 4 – Can India win in the last day? 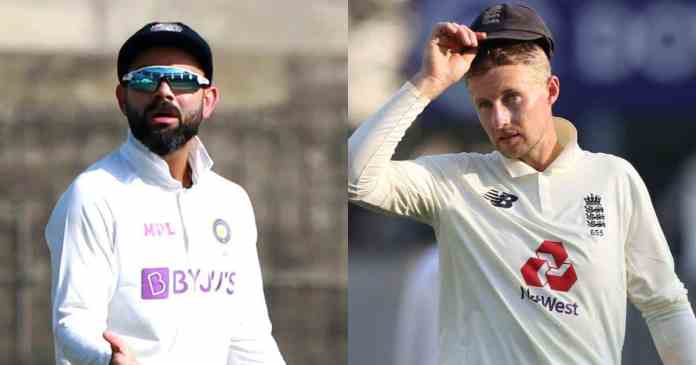 Shubman Gill in company with Cheteshwar Pujara ensured that India didn’t suffer any wicket loss in the day 4 as Team India ended up with 39/1 and needs another 381 runs to win the match in the final day.

After stammering at 337 runs and giving England the opportunity to lead by a massive scoreline of 241 runs, Ashwin helped India to make a come back in the Test in Chennai, as a brilliant effort by Ashwin with the ball as the hosts concluded England at 178 in their second innings, with Ashwin finishing concluding the day with 6 wickets off 61 runs in 17.3 overs. Also, R Ashwin became the only third spinner to take a wicket off the first ball of a Test inning.

Even though India needs a gigantic 420 runs to win the first Test, team India started on a slow note by losing opener Rohit Sharma in a bad way in the final session of the play on Day 4. Shubman Gill, along with Cheteshwar Pujara, who is a Test specialist ensured that India didn’t lose any more wickets.

Barring Ashwin, teammate spinner Shahbaz Nadeem bagged two wickets and Ishant Sharma, who became the third Indian seamer to claim 300 Test scalps previously in the day, with the help of Jasprit Bumrah, who removed one batsman each.

Team India started with Washington Sundar and Ashwin leading the attack to fight back with the bat. Continuing the action from the overnight score of 257/6, both maintained a watchful approach in the early overs before shifting overs. Sundar played his second Test, and completed his second half-century and finished the innings with an unbeaten 85 runs from 138 deliveries.

The duo of Sundar and Ashwin added 80 runs for the seventh wicket before the leggie was dismissed by Jack Leach on 31. Soon the England spinner sent back Shahbaz on a duck.

James Anderson dismissed Ishant Sharma, later on, Washington Sundar smashed quite a few aggressive shots. Unfortunately, India went out of wickets as the Bumrah got out before he could contribute a single run on the scoreboard.

On the other hand, England’s first dismal went ahead to their second innings, as Rory Burns was dismissed on the first ball of the second innings as Ajinkya Rahane caught him off by Ashwin`s delivery.

After Rory’s dismissal, opener Dom Sibley and Dan Lawrence added on 32 runs before Ashwin got the second-wicket as Sibley was dismissed on 16 runs, as Pujara caught him at leg-slip off Ashwin’s bowling.

English skip Joe Root joined hands with Lawrence in the midway and contributed a 26-run brief partnership before Ishant provided the breakthrough in the form of Lawrence. Later on, Ben Stokes came in to bat at number four for a very short period, but Ashwin removed Stokes first, and then later on Bumrah took Root’s wicket, reducing England to 101/5.

Indian bowlers ensured that England could not settle and picked wickets at regular periods. Ollie Pope was sent back by Nadeem in the 29th over. The spinner then, later on, removed Jos Buttler on 24 runs.

India on day 4 showed a great performance, especially the bowling lineup performed brilliantly. If they continue this performance with the batting lineup, then India may win the test on the final day.