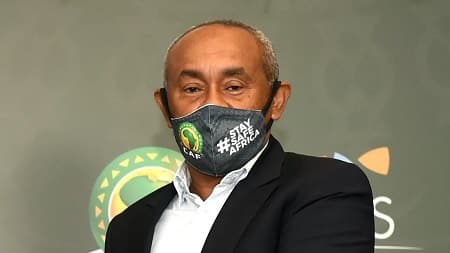 The Court of Arbitration for Sport (CAS) might have provisionally suspended his ban by the Federation of International Football Associations (FIFA) but Ahmad Ahmad is not out of the woods yet in his bid to regain the presidency of the Confederation of African Football (CAF).

He thus faces a race against time with polls scheduled for next month in Rabat, Morocco.

The Madagascan official, found guilty by FIFA for financial misconduct and banned him for five years last November, still barbours ambitions of a return to CAF’s highest office.

However, in an about turn, the executive committee (Exco) of the continental mother body deemed FIFA should have the final say on the matter.

With FIFA unlikely to rescind its decision, it appears the 61-year-old’s prospects of leading the organisation, and the automatic rule as FIFA’s vice-president is null.

The CAF Exco met at a heated meeting in Cameroon ahead of the conclusion of the African Nations Championship (CHAN) where the board decided to ignore the independent Governance Committee’s advice.

The Exco opted to rely on FIFA’s position on the matter, which at the moment, is a ban.

The meeting in Cameroon was Ahmad’s first official event since his ban by FIFA last November.

He left the meeting in a huff while his candidacy was under discussion.

Ahmad also lost in his attempts to have the March 12 polls postponed.

A postponement could have bought the beleaguered executive, found guilty of breaching FIFA’s Code of Ethics, some time.

It is believed a majority of the CAF Exco is advocating for Ahmad to excuse himself from the election.