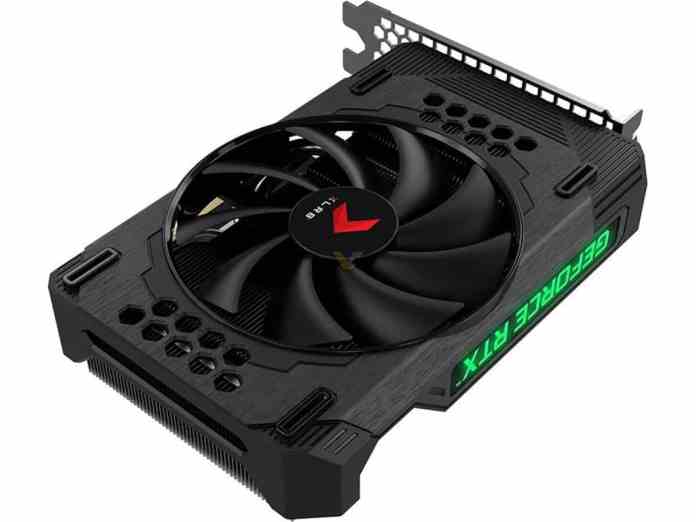 If you thought the days of single-fan GPUs were over then you are absolutely wrong as PCY brings a weird GPU with some unique capabilities. The card has been named quite odaciously: PNY GeForce RTX 3060 12GB XLR8 Gaming REVEL EPIC-X RGB Single Fan Edition.

The card’s PCB design has not been shared yet, however, it will feature an 8-pin power connector. Interestingly, PNY has listed some unique specs which other AIBs or even NVIDIA did not tamper with. When the official specs of RTX 3060 come with a base clock of 1320 MHz and a boost clock of 1777 MHz.

The PNY XLR8 RTX 3060 model features a higher base clock speed of 1627 MHz and a boost clock of 1852 MHz. Also, it features a memory clock speed of 14 Gbps, again slower to that of NVIDIA’s. If the specs are not wrong on PNY’s site

So, apart from the confusing frequencies, the card features a GA106 GPU with 3584 CUDA cores and 12GB GDDR6 memory across a 192-bit memory bus, still sipping in 170W of TDP.