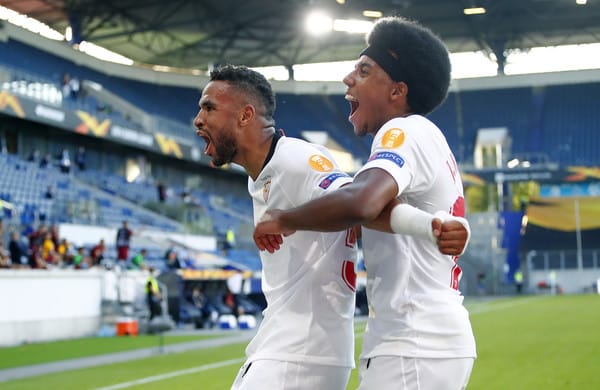 West Ham were trying to sign different strikers to replace Sebastian Haller, who joined Ajax in a rather surprising move from London to Amsterdam. One of the main targets for David Moyes was Sevilla striker Youssef En-Nesyri.

Speaking on the rumoured transfer on the Here We Go podcast on Patreon, Fabrizio Romano and Francesco Porzio asserted that Sevilla only sell in the summer, hence, there was little chance of the Moroccan moving to London in the first place. Moreover, the reigning Europa League winners only signed the 23-year-old a year ago.

Having a contract that runs till 2025, and completing a transfer worth €20 million a year ago, En-Nesyri is a part of the club’s core plans and was always more likely to stay at the club, especially given his goalscoring record this season.

Giovanni Simeone, the son of Atletico Madrid head coach Diego Simeone was one of the other names that West Ham were looking at. The Cagliari striker isn’t having a good season but they do need him since he is the starter.

The Hammers proposed a loan with buy option, with €1 million as loan fee but he is a good player so they said no since they need him. The Hammers also wanted an obligation to buy the player after the loan spell, effectively giving the financial power to Cagliari.

Arguably one of the most shocking transfers this year was of Manchester United’s Jesse Lingard, who had an impressive debut for his new club, finding the back of the net twice. However, West Ham will now finish the season a striker light given that the transfer window has shut.