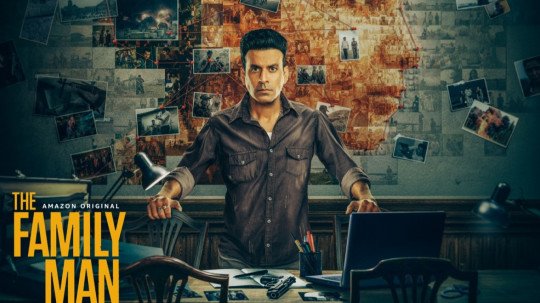 It has informed from the makers of the most awaited web series The Family Man (Season 2) that they had released a teaser and the trailer will be drop at a later date. But the trailer was not released on the specific date from that one thing has become confirmed that the series might get postponed.

The Family Man second series is expected to release on February 12, 2021, has now again postponed to the summer. The director of this series Raj and DK has updated it on their Instagram.

They have said that they had understood the urge and also the desire of the people for this series but they had announced that season 2 of The Family Man series would be premiere on Amazon Prime Video this summer! and also said that the team is working very hard to launch it soon.

We all knew that the teaser of this series was shared by Manoj Bajpayee on January 13 and also announced that the trailer would be released on January 19. But for the terrible controversy of Tandav, it was not released on the scheduled date. But he had shared the teaser video and wrote that it’s coming soon.

In this series, Srikant Tiwary (Manoj Bajpayee) has played the role of a secret senior analyst agent at the National Intelligence Agency (NIA) trying to prevent the terrorist attacks. In season 1, we have seen that he had faced many struggles and difficulties to maintain the balance between his family and his job.

Something From Tiffany’s: A Mixed Up of Engagement Ring helps Zoey Deutch to Find a Correct Person