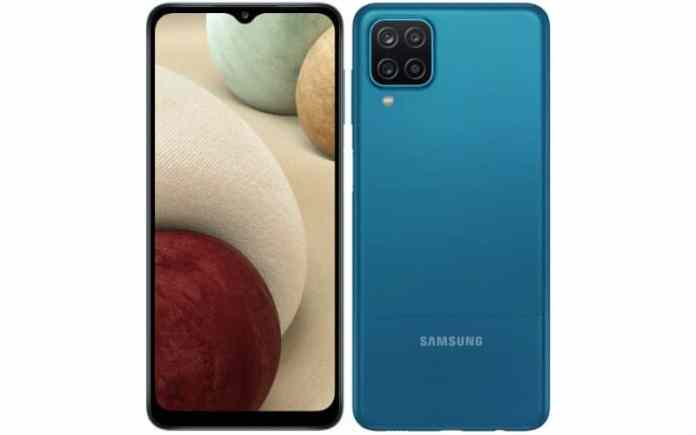 As reports have come out, Samsung is about to launch another two budget-category smartphones, named Galaxy M12 and A12, in which the A12 has been tipped to launch in India next week. So, let’s check out the specifications of both of the devices one by one.

Samsung Galaxy M12 will run on the Android 11 OS and powered by the Exynos 850 SoC chipset. Regarding the display, this phone will feature a 6.5-inch HD+ (720 x 1600 pixels) PLS TFT LCD waterdrop notch panel. As there is no AMOLED, this phone has a side-mounted fingerprint scanner.

The SoC of this phone is paired with 4GB of RAM and 64GB of internal storage (expandable up to 1TB). Coming to the camera section, this phone offers a quad rear camera setup that includes a 48MP primary sensor, a 5MP ultra-wide sensor, a 2MP macro, and a 2MP depth sensor.

The Samsung Galaxy M12 is fueled up by a massive 6,000mAh battery and in terms of connectivity, this phone has almost everything such as Bluetooth 5.0, Wi-Fi, Dual-4G LTE, 3.5mm headphone jack, USB-C port for charging, and so on (No support for NFC).

In November 2020, Samsung had announced its Galaxy A02s along with the Galaxy A12 for the European market. Now reports have come out saying that Samsung is about to launch the Galaxy A12 smartphone in the coming week.

This is the successor of the Galaxy A11. This phone runs on the Android 10 OS and is powered by the MediaTek Helio P35 SoC chipset. Regarding the display, this phone features a 6.5″ HD+ Infinity-V display with a notch to hold the selfie snapper. This phone has a side-mounted fingerprint scanner.

Regarding the camera section, this phone offers a square-shaped quad rear camera setup which includes a 48MP primary sensor, a 5MP ultra-wide sensor, a 2 MP macro, and a 2MP depth sensor. For the selfies, this phone offers an 8MP selfie snapper at the front. In terms of the battery, this phone is fueled up by a massive 5,000mAH battery with the support of 15W fast charging. The Galaxy A12 comes in four different color variants: Black, Blue, White, and Red.