India Vs England: Joe Roots hits a century on the first day of 1st Test 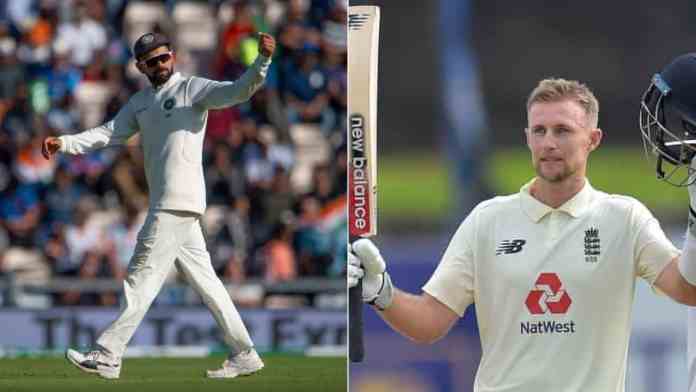 England skipper Root won the crucial toss and without any hesitation opted to bat first. Joe Root registered up a classy century in his 100th Test match as England ended up against India on Day 1 of the first Test in Chennai at a charging 263/3. Along with Root, opener Dom Sibley also played a tremendous knock of 87 runs but was soon dismissed by lethal Jasprit Bumrah in the final over of day 1.

England had a decent start but then started losing wickets and eventually lost two wickets of Rory Burns and Dan Lawrence before lunch, giving India some relief. But Joe Root and Sibley’s partnership of 200-run again made some way for England and the third wicket and helped England end Day 1 being on the top. Root, in the process, also became the ninth batsman to score a century in his 100th Test.

Though for India, it was a tough day as their bowlers as they were forced to work their fingers to the bone to break the Root-Sibley duo as India got nine overs to bowl, especially with the second new ball where Bumrah took 2 off 40 and finally managed to send back Sibley. But unfortunately, Sibley fell 13 runs short of a hundred.

Though the hosts managed to pick only two wickets in the first session, England dominated the rest of the day on the field and was quite a tough day for the Indian bowlers to send team England back to the pavilion. Though Bumrah’s removing of Sibley to end the day, was quite a positive note for the hosts.

Also, Shahbaz Nadeem and Washington Sundar’s inclusion in the squad instead of Kuldeep Yadav has been quite a speculative aspect, Rahul Chahar was also added to the splaying XI after all-rounder Axar was ruled out of the first Test of the four-match series against England. Kuldeep Yadav’s non-inclusion in the team has been a hot topic currently and also may be a thing to worry about for the bowling line-up.