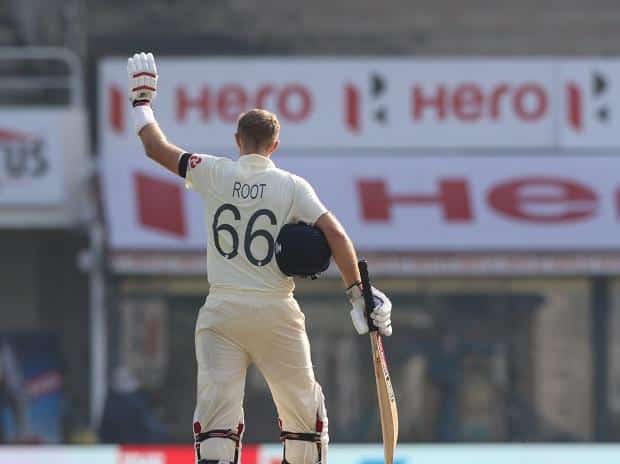 England Skip Joe Root continued to storm the 1st Test of India vs England on day 2 and caused a lot of trouble to the Indian spinners with his magnificent double-century which helped England get a commanding place on Day 2.

England concluded day 2 at a daunting 555 runs for eight wickets, made on the base of Root’s 218 which he concluded in a near nine-hour effort in which he faced 377 balls, also England Skip; Joe Root became the first cricketer to score a double hundred in his 100th Test match.

On the second day, Ben Stokes made an entry to the stage and got flexible with big-hitting, as he smashed 82 runs off 118 balls with 10 fours and three sixes with leaving Root to rotate the strike in their 124-run stand.

England didn’t declare after making it to 500, which is like thunder to the Indian team. While Root is being lauded for his second double hundred in the last three Test matches, it was also Stokes’ contribution counter-attacks that deflated the team India, as he started by attacking and lofting Ravichandran Ashwin for long for a six and also, made use of the giant stride to slog sweep the Ashwin for a boundary.

Ashwin picked up 2 wickets for132 and was brilliant over two days, but had a tough time facing Stokes’. Although Root hit two sixes on Ashwin’s ball, the second one brought him his fifth career double hundred for England as a captain. Not only R. Ashwin but also other spinners were troubled by Stokes’ big charges.

Ishant Sharma who picked Ishant 2 wickets for 52 runs was confident while facing Stokes, while Root defended quite well against him, Stokes’ on-drive and square drive off successive deliveries from the pacer did cause some tension to the captain. Unfortunately, rookie Washington Sundar couldn’t perform up to the mark and ruined the good work of Ishant, Ashwin, and Jasprit Bumrah, who picked 2 wickets for 81 runs to quite a level.

Shahbaz Nadeem took 2 wickets for 167 with all his experience gained at the domestic level for almost a decade and a half.

His wickets record would say that he had got Stokes and Root, but after a lot of time, the duo had already set the things up for the team.