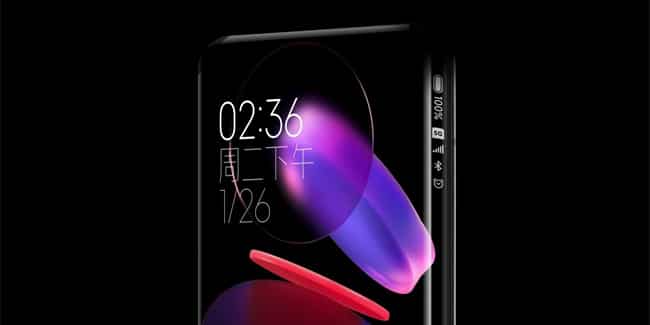 Almost 5-6 years ago we saw the curved display concept for the first time especially in a flagship series of Samsung and from then we have witnessed many smartphones with such waterfall displays. Recently we have seen the Motorola Edge with the true waterfall-display. But these displays were curved on either side of the screen. We have not seen a quad-curved display till now, which means that the screen will be curved on all four sides of the smartphone and not only on two sides.

Xiaomi is always one of the pioneers introducing new concepts of their latest and innovative innovations. This time the company has introduced the first-ever quad-curved waterfall display concept smartphone that will have curves on all four sides and the representation has been shown in the below-mentioned official tweet from the company itself.

Xiaomi’s new innovation will revolutionize hyper quad-curved 88-degree surface and will result in a true port-free unibody design. This upcoming smartphone will definitely be one of its kind and as the pioneer, in this segment, Xiaomi will definitely try to make it a signature device. We will witness a true port-free true full view display, seemingly to have an under-display camera for complementing the continuity and its design.

As mentioned by Xiaomi the design and model have been finalized after “countless breakthroughs in glass bending and laminating technology to extend the limits of the display to infinity.” Xiaomi also added that the port free unibody design has been built using a total of 46 different “groundbreaking” patents. Moreover, we have seen the 88 degree curved edges prior in the devices like the Huawei Mate 30 Pro.

Anupam Modak - March 3, 2021 0
Xiaomi is mainly a smartphone maker for all of us. However, it is actually an electronics company that has the reach of some other...

Redmi AirDots 3 with up to 30 hours battery life launched...

Xiaomi launches the new Redmi Max 86 Smart TV in its...